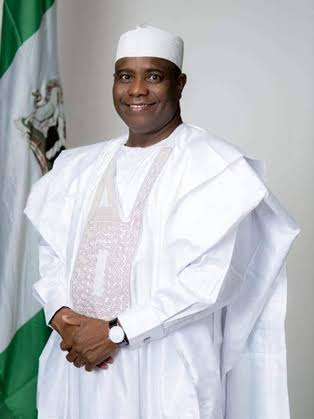 Not less than five governors, media gurus and prominent Nigerians are expected at the 13th edition of Nigeria Media Nite-Out Award (NMNA).
Those expected according to Murphy Ajibade Alabi, the Media and Publicity Manager of the glamorous media event include the Governor of Zamfara, Matawalle, Governor Sanwoolu(Lagos), Tambuwa(Sokoto), Udom Emmanuel (Akwa Ibom), the first lady of Ondo state, Betty Anyanwu-Akeredolu, while the media will be well represented by the duo of Vanguard publisher, Sam Amuka, and Chairman, Board of Telegraph Newspaper, Mrs. Funke Egbemode.
Others expected are vice chairman and governing board of NMNA, Omooba Segun Adewale, chairman of Lagos State Nigeria Union of Journalists, Chief Akinreti. The theme of this year award is Nigerian Economy and Political Development: Finding the Missing Piece… and will be delivered by the former presidential aspirant, John Onche Shaibu, who is the Keynote Speaker. The convener Sola Olugbemiro  also said the  Zamfara  State Government led by Dr Bello Mohammed Matawalle is dropping his weight on the event to make it a success.
“The event will come up on Sunday, September 15, 2019 at Lagos Airport Hotel, B Event Hall, Ikeja, Lagos. 17 journalists are going to be awarded in different categories at the 13th edition of Nigeria Media Night-Out Award.
This is an award that has been on the vanguard of recognizing the output of the media in our society for the past 13 years, and we are not going to rest on our oars, even though it has been easy to do this year in year out and this year we intend to make it elaborate and special, we intend having many Nollywood stars for the award to add glitz and glamour to the event ” stated Mr. Alabi, a veteran journalist of almost two decades, who is vast in Entertainment sector