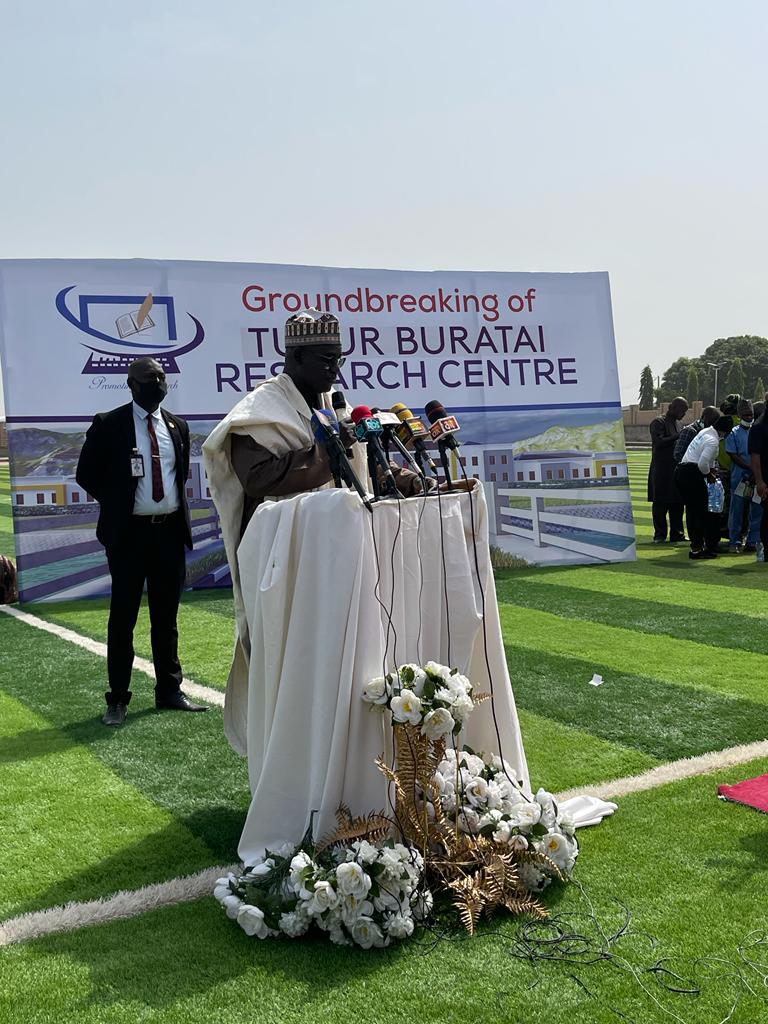 Nasarawa State University, Keffi and the Tukur Buratai Research Centre have further deepen the existing tie between them. This became evident as the ceremony for the foundation laying and fund raising for the INSTITUTE OF SECURITY AND STRATEGIC STUDIES & PEACE AND CONFLICT RESOLUTION happend at the Tukur and Tukur Snakes Farm at Uke on the 18th of December, 2021.

During his speech, the Comrade Vice Chancellor of Nasarawa State University, Keffi. Prof. Suleiman Bala Mohammed, noted that NSUK is accredited as one of the fastest growing state universities in the ,Country.

This event marks a new stride in the trajectory of NSUK, apart from the introduction of the Faculty of Engineering and College of Medical Sciences.

The former Chief of Army Staff and ambassador, Lt. General Tukur Buratai who is the host of the occasion remarked that the institute will further chart a new course for resolving security issues that confronts the country at large.

The event had  in attendance the executive Governor of Nasarawa state, Abdullahi A Sule, the chief of defence staff, chief of air staff, distinguish senators Ali Ndume and Abdullahi Adamu, chairman of BUA Group, Emir of Keffi,HRH Dr. Shehu Chindo Yamusa III who was the royal father of the day, other royal and title holders within and outside the state and other well wishers.

The event also witnessed the presentation of award plaques to the guests and Pledges and transfers, which amounted toN220,950,000 from well-wishers, guests and highly respected dignitaries who assembled at the venue.

Top Nigerian Prophets And How Their Prophecies Fared In 2021