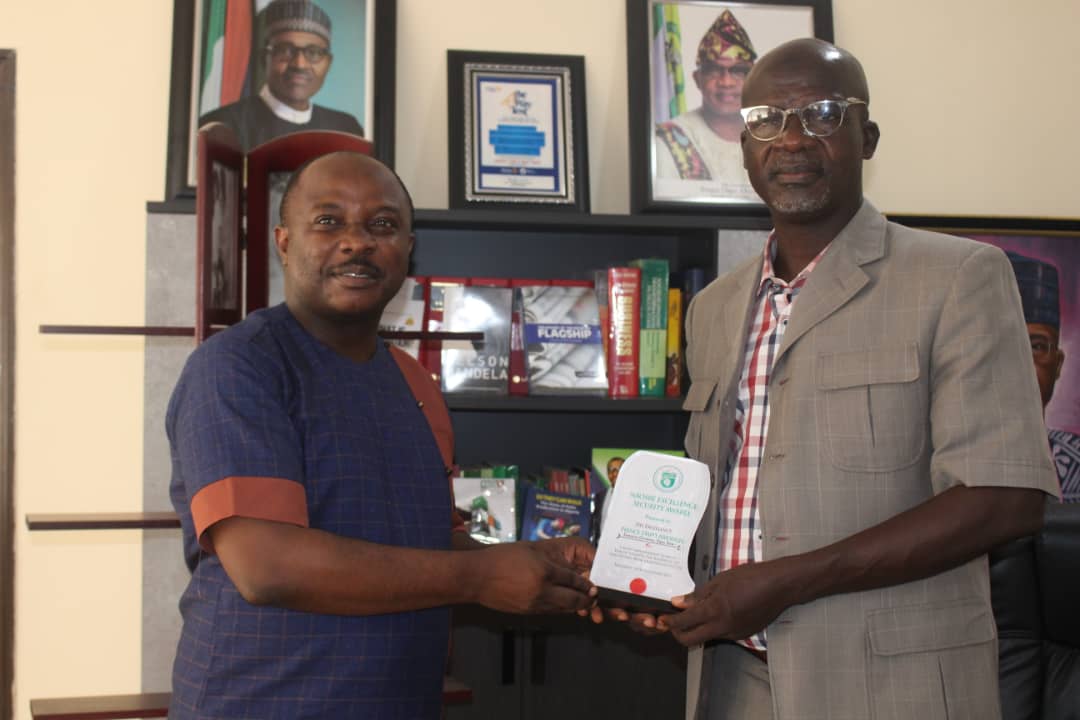 The governor was honoured for his economic programme which has engaged over 5000 youths across Ogun 20 local government areas. The youths have become agents of economic re-engineering as against being idle minds for insecurity and banditry.

Receiving the award in Abeokuta, governor Abiodun thanked the Comrade Femi Oyewale led NAOSRE for considering him worthy of such an end-of-year honour.

He maintained that as a governor, he places a premium on the security of life and property adding that the NAOSRE honour would further oxygenate him to do more.

“I thank NAOSRE for this award. We did a background check on you and we discovered NAOSRE is a credible association,” he said.
Continuing, the governor stressed that the safety of life and property in Ogun State is a cardinal objective which his administration is not prepared to compromise.

“Security is very important to us. We will continue to engage our youths so that they would be productive. We have supported security agencies in different ways to be effective in their operations and we are glad about the results of our huge investment,” Abiodun disclosed.

While urging NAOSRE to take media ethics seriously and live above board, he noted that the remarks by the Inspector General of Police describing Ogun as the safest in Nigeria is a testimony of his administration’s commitment to security.

Governor Abiodun who was represented by Alhaji Abdulwaheed Odusile, the State Commissioner for Information and Strategy, therefore, advised investors to consider the gateway state as the first choice for their investments in Nigeria.

Earlier, in his remarks, NAOSRE President, Comrade Femi Oyewale rationalized the compelling national interest that birthed the association and called for robust and harmonized relationship between security egg heads and the government.

Oyewale explained that until that is achieved, the struggle against insecurity, partly championed by NAOSRE, might be slow in yielding the required results.