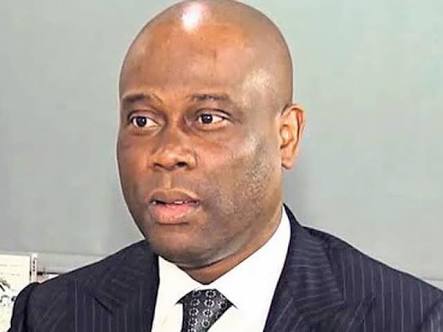 Apparently misconstruing the bank MD/CEO’s core message, the media recently alleged that Access Bank Plc, one of Africa’s largest retail bank by retail customer base was embarking on mass sack of workers and closure of branches. This ‘misinformation’ has been appropriately repudiated. But with traditional business models and banking metrics being upended by the post-Covid-19 global operating environment, only audacious innovators in the sector can remain relevant, writes Sani Ahmed.

In his recent best-selling book, “The Age of Agile”, Steve Denning, former program director of knowledge management at the World Bank, discusses a “Copernican revolution” of management that puts the customer at the center, rather than the firm. It was the Polish astronomer Nicolas Copernicus who independently proposed the theory that the Earth revolved around the Sun, not vice versa, a blasphemous idea in the 16th century.

Clearly, banking remains a relationships business. For ages, banks have tried to leverage that relationship to grow and maximize shareholder return. Because of her emphasis on the long term, Access Bank Group, one of Africa’s largest retail banks by retail customer base with proven risk management and capital management capabilities apparently may make decisions and weigh tradeoffs differently from much of her industry competition. This requires an organisational cultural transformation, as Denning argues, and especially at banks that have long been driven by traditional metrics.

Denning who also authored “The Leader’s Guide To Radical Management,” and was Visiting Fellow at All Souls College, Oxford University, UK certainly has his point, especially as the Covid-19 pandemic massively disrupts conventional business playbooks and upends the global economy.

It is against the background of these existential uncertainties and daunting global economic challenges spawned by the new coronavirus scourge that the media reported alleged plans by Access Bank Plc to sack 75 per cent of its staff and shut down 300 branches. Good a thing, the bank has repudiated the allegations as unfounded.

In a statement signed by Mr. Sunday Ekwochi, its Company Secretary, posted on the Nigerian Stock Exchange (NSE) website, the bank clarified that the closure of a bank branch was an action that required the approval of the Central Bank of Nigeria (CBN).

According to the bank, it has not applied for nor obtained the approval of CBN for the closure of its branches as widely speculated. “The bank has only suspended operations in some branches following the directive by the CBN. At the onset of the COVID-19 pandemic lockdown, we suspended in-branch operations at different locations as directed by the CBN and in line with business continuity plans at vulnerable spots; whilst we continued to provide services through our alternative digital platforms,” it stated.

Further the bank stated that, “In line with the phased re-opening of the economy effective May 4 (last week), following the Presidential directives, we will be resuming in-branch services in some of our affected branches in a programmed manner to ensure the health and safety of our employees and customers.

“This is also necessary to provide relevant contingency should there be any incident arising from the pandemic. We deny in its entirety the baseless and twisted speculation that the bank is sacking 75 per cent of its workforce.”

It noted that based on the impact of the COVID-19 pandemic, not all its branches would be fully open for in-branch services until later in the year. “This has made it impossible for many of our outsourced workers to perform duties as usual. We have commenced engagement with various stakeholders with a view to ensuring that they provide the relevant services and optimum manpower as may be required by the bank on an on-going basis,” it added.

The bank, however, assured its esteemed stakeholders that it would continue to ensure that its actions and decisions are guided by fairness, justice, equity and good conscience.

It must be noted however that the bank like any other company has the right to review its operational cost economic realities, especially in post COVID era that has already begun to redefine how businesses operate or will operate going forward. Since its merger with ailing Diamond Bank, Access has neither laid off workers nor closed branches. There is no doubt the bank must at some point have to cut branch proximity to reduce cost. For instance where Access Bank and defunct Diamond Bank were previously operating in close proximity, sometimes a few yards apart, is it economically wise to still retain the two branches now that the two have become one? Of course not. It only make business sense to consolidate the two branches into one to reduce cost. The bank is first and foremost a business concern that must take decisions based on what it assesses it’s in its best business interest. It is not a charity organization but a commercial enterprise.

It was in bad faith in the extreme for some hideous staff to record the internal strategy deliberation and conversation between the Managing Director and senior staff and deliberately twist it out of context to misinform the public to create a social media storm. To many Mr Wigwe was only showing transparency in his handling of issues the bank is bound to address at some point. Transparency is his second nature a virtue lacking in many people in managerial positions across the country.

Wigwe did the right thing in addressing the issues and being transparent about it. He led by personal example and took a 40 percent pay cut.

From THISDAY sources, it was this new normal that strategic thinking Access CEO Herbert Wigwe attempted to discuss with his financial institution’s staff when clips of his presentation was altered to portray him as going for mass sack of employees. Noted Amaechi Okobi, Head of the banks Corporate Communications, “the presentation was doctored to give a wrong impression and shared on social media in an attempt to blackmail the bank. We are reviewing all options as we need to support all staff through these challenging times while ensuring efficiency and value in our new normal…We will continue to support all staff and stakeholders.”

Access Bank CEO Herbert Wigwe is not the kind of professional who stays tamely at the receiving end of received policy prescriptions. He covets knowledge-driven innovations, proactive engagement with stake-holders, policy makers, fluid operating environments and sure-footed action. These dimensions are boldly mirrored in his nimble leadership of one of the continent’s banking behemoths.

He believes it was because of a lack of appropriate adaptive response to powerful environmental changes eons ago that doomed the lumbering dinosaurs which then roamed the earth. To Wigwe, the Access Bank under his watch is no dinosaur.

Access Bank Plc. is a leading full-service commercial Bank operating through a network of more than 600 branches and service outlets, spanning three continents, 12 countries and 31 million customers. The Bank employs 28,000 people in its operations in Nigeria and has subsidiaries in Sub-Saharan Africa and the United Kingdom (with a branch in Dubai, UAE) and representative offices in China, Lebanon and India.

Listed on the Nigerian Stock Exchange since 1998, Access Bank is a diversified financial institution which combines a strong retail customer franchise and digital platform with deep corporate banking expertise and proven risk management and capital management capabilities. The Bank serves its various markets through four business segments: Retail, Business, Commercial and Corporate. The Bank has over 900,000 shareholders (including several Nigerian and International Institutional Investors) and has enjoyed what is arguably Africa’s most successful banking growth trajectory in the last twelve years. Following its merger with Diamond Bank in March 2019, Access Bank became one of Africa’s largest retail banks by retail customer base.

As the birth pangs of new global business order, midwifed by the Covid-19 pandemic unfurl, only bold and strategic thinking will define survivors. This is the forte of Herbert Wigwe – as he makes critical decisions and weighs game-changing trade-offs. It’s game on.