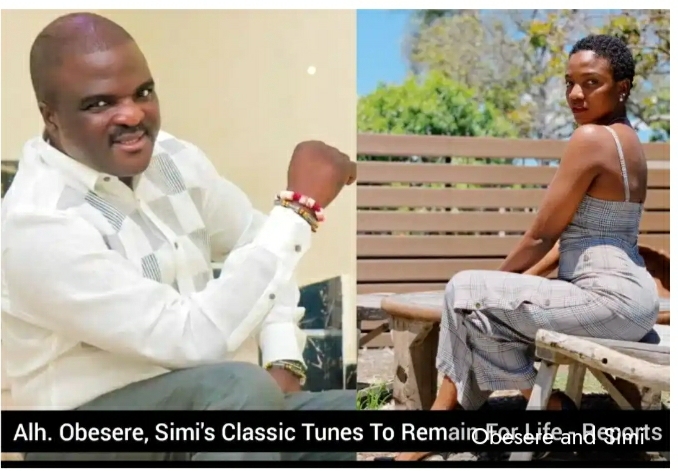 HOW SIMI AND OBESERE LED THE NIGERIAN MUSIC SCENE IN 2020- This year has been rough and though no doubt. Despite the troubles and tragedies, we still had some things to talk about as the troubled year winds down, at least to make ourselves happy or have great memories about the good things that happened. The music industry, by extension the entertainment circle, took a new turn with the spread of Covid19. All events were on hold, which prompted most visionary entertainers to think outside the box. From comedy to music to dance to acting all then happened online. Everything became enclosed in the online world and different ideas began to hold grounds. Though a handful of them were sustained till now. But the good thing was innovation happened.
Be that as it may, prior to the trial times, some good things had happened to the music industry and the entertainment scene generally. For the music sensation, Simi, this year was a good opening for her singing career. She opened the door to 2020 with a classic tune entitled ‘Duduke’, which quickly went viral and suddenly became an anthem on the lips of music lovers, even kids. Many children still sing it till now, especially this part (Duduke, Duduke, Dudukeee…).

READ  PHOTO OF THE DAY: Nigerian Police could be like this sometimes Lol
Related Topics:ENTERTAINMENTFeaturedObesereSimi
Up Next

HOW NIGERIA’S AFROPOP SENSATION, HOLMES TURNED THE HEAT OF 2020 INTO A HIT