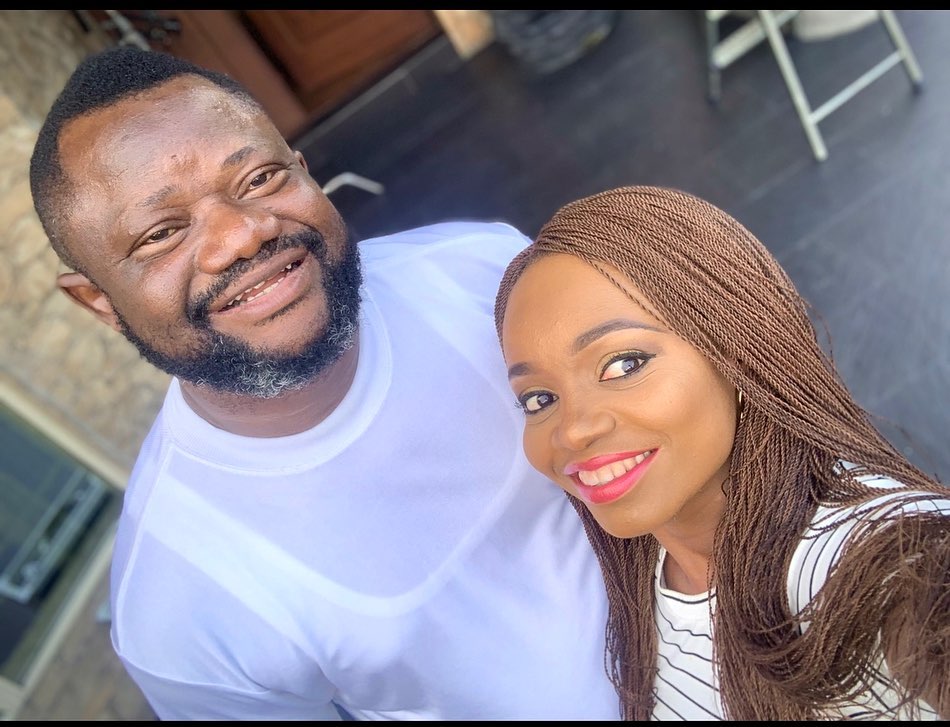 No one is interested in celebrating good deeds again unless you blow your horns by yourself. Give journalists, media houses and social media influencers a piece celebrating someone who is worth celebrating, some who has done a remarkable thing and you will surely get a message that will include the invoice of the media house.

But send them a scandalous story, say ‘a Nollywood great was caught pants down with an actress’- in seconds, it will go viral. It will top twitter trend, Instagram trend and on all webs and blogsites.

Well, that is a story for another day. Today, there is a Legend; someone who many know as the most consistent film maker in Nigeria but noticeably under-celebrated.

Ambassador Lancelot Oduwa Imasuen, has affected many lives positively but won’t blow his horns. Many Nollywood’s ‘A list’ actors who he brought to Lagos, had at one time or the other spent years under his roof while hustling to get noticed but, many could not openly praise him.

Lancelot, who in few weeks will be celebrating his 50th birthday withe series of philanthropic gestures and giveaways all across Nigeria is one man that deserves all the accolades.

Well, not all won’t remember their beginning. Among those who went back the memory lane to appreciate the life-changing moments with this Benin import is delectable entertainer and Actress, Adaku Nwachineme.

She said; Movie making will always be my first love.

Years back when I first joined Nollywood industry, I was pretty young, but I was lucky. Producers began to notice me first few months and I only get to work with the best crew and big stars even though it was minor supporting roles but they were always significant to the film.

Andy Ameche, Reginald Ebere, T’Chidi, Andy Chukwu, were some of the biggest directors at the time that directed me working for OJZ production, P.Collins Production among others.

One of those occasions I get to meet @lancelotimasuen on set, he was like oh yea! No doubt you are super talented but you are pretty young, you need to go back to school. Am like oh, no doubt am still going, even my father will kill me if I don’t .. well he was like let me make it easier here is money go buy jamb form and start next year am like they are not selling jamb form he was like what are they selling? Poly jamb, he was like Oya buy that one, buy that one. am like Kai I can’t go to a poly he was like you need to, you can still buy jamb form the next year and go to a university.. and when you finish with a good grade come back I make you a #Star well 2 years later I was doing IT in ph and forgot all about the industry.

Years later and with a PHD in view I can’t help but remember @lancelotimasuen act of kindness done with the Purest of intentions.

As we look forward to celebrating your 50th, I can’t help but reminisce on your person, and how far your work has blessed our generation, and most especially the work that you do outside of the industry raising the next generation of thought leaders. Thank you for your service, you are loved and appreciated.

Well here’s to #gbegethemovie #gbege is coming.. we are looking forward to it ..

In my curiosity, I decided to put a call across to her and she gave more exposé on why she won’t stop talking about Ambassador Imasuen’s momunumental kindness to her.

Actress Adaku Nwachineme during our phone call said; “Leaving Nollywood at the time was one of the defining moment of my life because, after a few year that I left and I started working I lost my dad and my mum. So I didn’t have any source of income. Assuming that I didn’t leave at the moment, I might not be able to go to school again and I don’t know what my life could have become.”

She said; “It was during my Industrial Attachment at the company where I was working that they decided to retain me and from there I could pay for my school fees and do other things. I was able to raise myself from the little I was being paid as I was retained and the rest has now become a story.”

“What I’m trying to say here is that one act of kindness has actually taken me to where I am today and I owned all that to him. I’m just grateful because its one story that I will not never stop talking about. I’ve said it before and I will continue to say it that lancelot is one of the most underrated and under-celebrated Filmmaker, Director and Producer in this part of the country and in this part of the world.”

“The numbers of people that he has helped, those who is relied on him in the Nollywood to get to where they are today are to numerous to count however, it is sad that most of them when they got to where they are today they forgot where they were coming from and this makes it so sad, but I don’t want to be counted as one of those people because even if I become the president of Nigeria I will still remember him and his name will always be in the story of my life.”

“There’s no how I can write my story without mentioning his name. He will always be a part of my success story.” Adaku said.