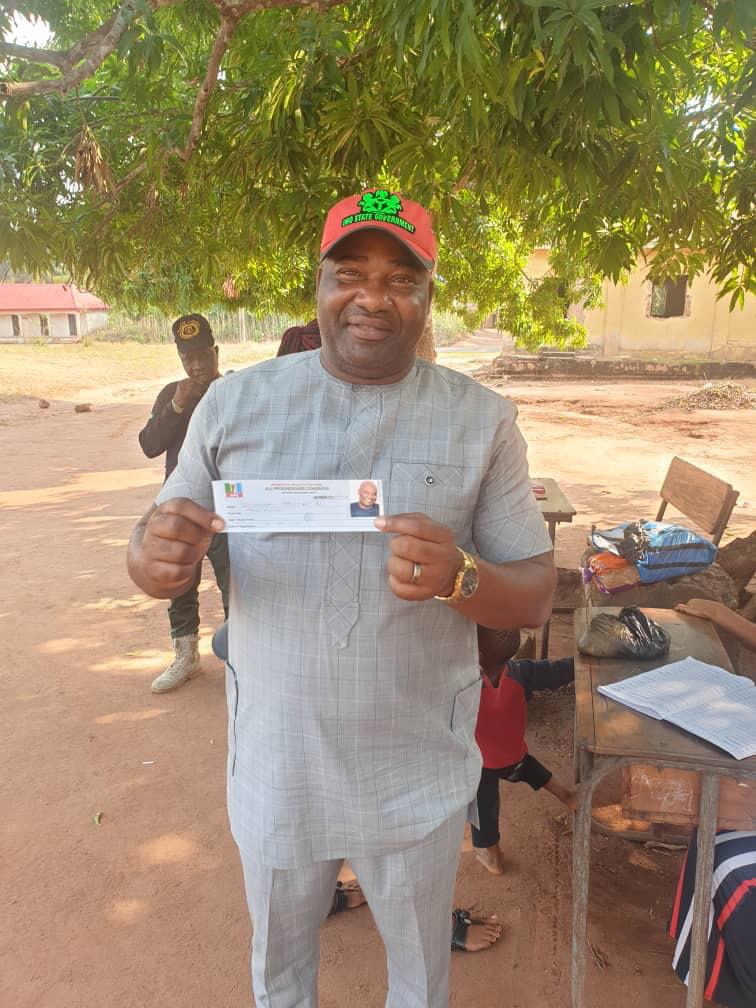 The humble and hardworking Honorable carried out this all important exercise at his electoral unit in his home town, Umuma, capital of Oru East, a Local Government Area in Imo State.

It is indeed a season of defection from Nigerian politicians. In fact, since the ongoing APC membership registration and revalidation exercise started days ago, they have been harvesting political super powers from other major political parties.

And with the current trend, Progressive Party, APC, has gained more prominent Nigerians since the commencement of the exercise.

Daniel, who was a staunch member of the main opposition Peoples Democratic Party (PDP), and the former governor who was the Campaign Manager for former Vice-President Atiku Abubakar of the PDP ahead of the 2019 election, said he got many messages that encouraged him to join the ruling party declared that; “I have finally been ‘captured’.”

Imo State MANDATE OF HIS EXCELLENCY on Recovery, Rehabilitations, Reconstruction is powered by DG Hon. Mrs. Sarah Gabriel Oyibode of 3RTV and Media.

Obasa: Anyone who has governed Lagos effectively can lead Nigeria

IT IS TIME TO SOLVE FARMER-HERDER CRISIS – GOV. ABIODUN