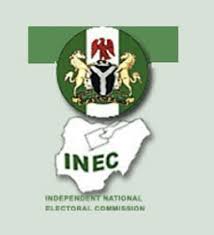 The Resident Electoral Commissioner in Osun State, Mr Olusegun Agbaje, has said the Independent National Electoral Commission, in collaboration with security agents, will do everything to prevent vote-buying during the September 22 governorship election in the state.

The REC, who said this in Osogbo on Thursday, at a meeting held with the governorship candidates, their running mates and party officials as part of the preparations of the commission ahead of the poll, stressed that voters would not be allowed to use telephones to take photographs of their ballots.

According to him, some voters have been using cameras to take photographs of their ballots and show the same photos to politicians to be paid for voting for them.

Agbaje, who was the REC that conducted the August 2014 governorship election in the state before he was transferred to Ondo State and brought back again, said the INEC was determined to conduct a transparent and violence-free election in Osun State and needed the cooperation of all stakeholders to achieve this.

Related Topics:coverstoryINECOsun election
Up Next