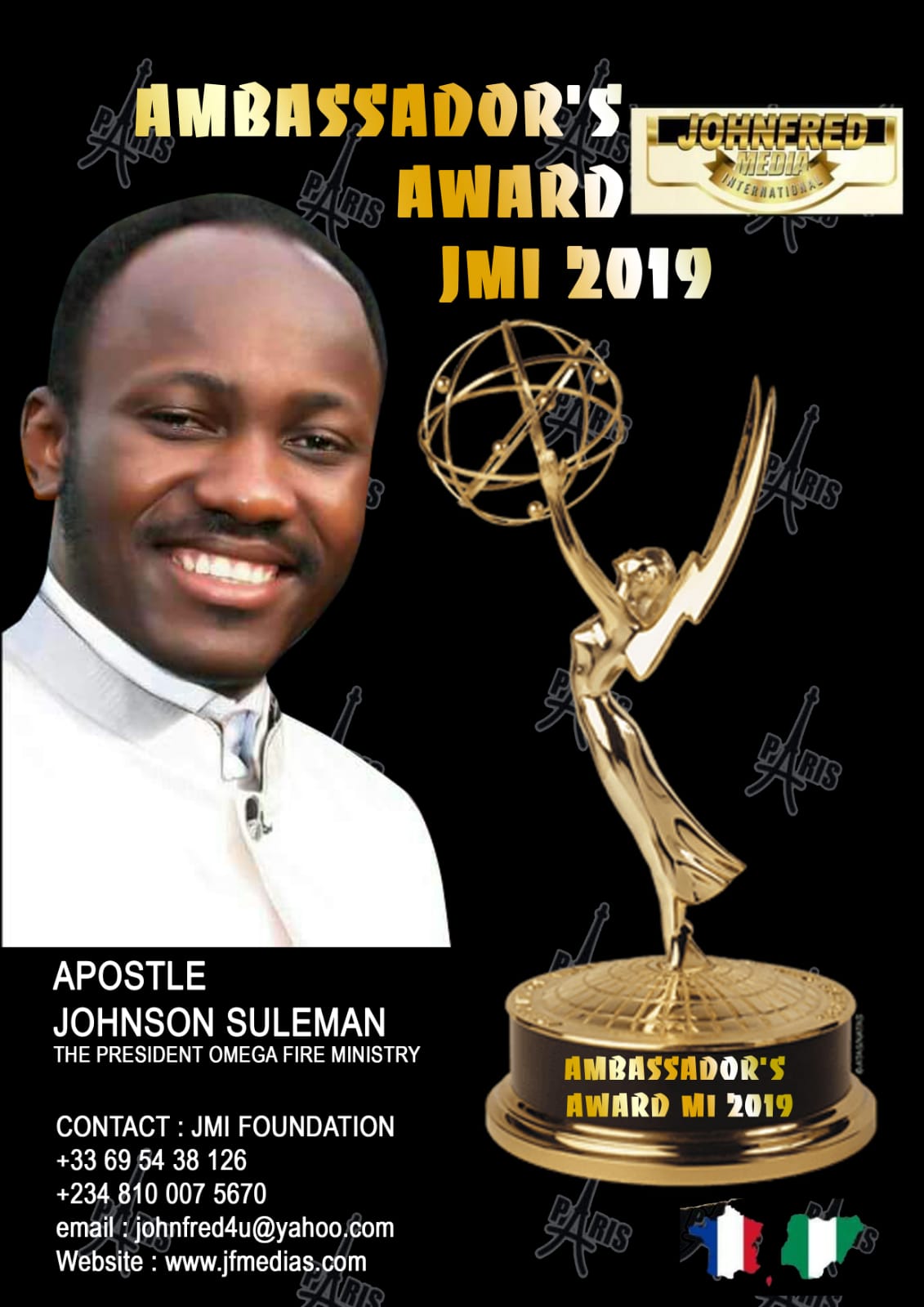 The foundation based in France but noted for its philanthropic gesture decided to award the General overseer of Omega fire Ministry, Apostle Johnson Suleiman for his impact on individuals , nations and the globe at large.

According to the founder of the prestigious organisation, the two clergy were bestowed with the Awards based on their exemplary lifestyle both within and outside the pulpit.

The team will present the awards to them in Nigeria in January 2019.

“Why my Comedy Skit Helps Me With Depression “- Motara Reveals

Revealed ! How MC Oluomo was Stabbed with Poisoned Knife