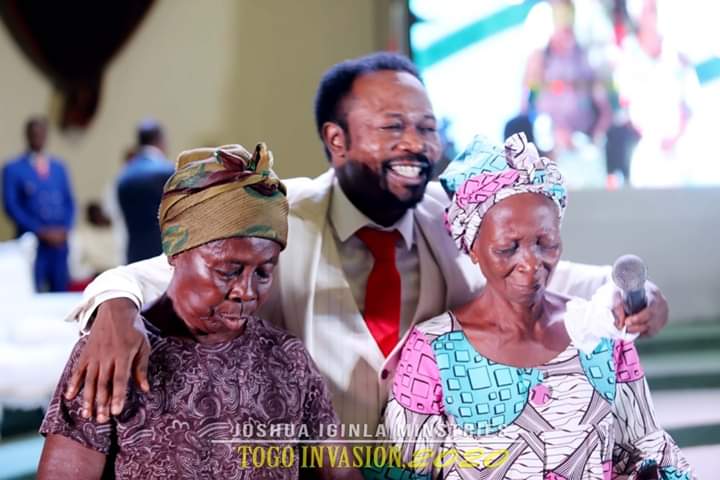 Arguably an incurable philanthropist, Prophet Joshua Iginla of Champions Royal Assembly dazed widows and less privileged in Togo with a lifeline during his two days global crusade there.

Arguably the greatest crusade ever witnessed in Togo going by records, He dazzled worshippers when he said all the money raised as offering and gifts at the first day of the crusade ground should be given to two elderly widows.

Also, instead of collecting offering the second day, he mandated all the worshippers not to drop it but go and give it to the less privileged around them.

His move we reliably gathered caused quite a stir as many were surprised. This was not unconnected to the fact that he Spent close to N20 million for this global crusade at Togo and with the general belief that Clergymen stages crusade for the sole purpose of raising funds. According to our source it was an emotional moment as many of those touched shed tears of joy .

“During his two days evangelic visit to Togo, the Oracle of God blessed two elderly women with the sum total of all the money realised and even added more, as he stated that the major purpose of his visit was an instruction from God which he has carried out and to also win souls.

It was indeed a jaw dropping moment, as papa Joshua Iginla made us to understand that aside preaching love, the practical demonstration is to be done at every available time”

Related Topics:coverstoryJoshua Iginla
Up Next