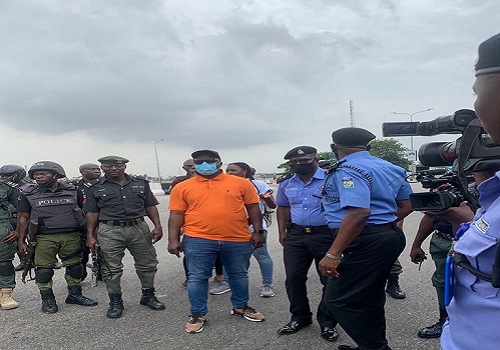 Security operatives have fired tear gas canisters at the protesters gathered to celebrate one one year anniversary at the Lekki Tollgate area, Lagos.

The protest, which commenced around 8 am, went rowdy around 11 am.

The police also arrested several persons who were at the protest ground.

The Commissioner of Police, Hakeem Odumosu who arrived the protest ground, told reporters that the organisers had stated that the protest would be a two-hour protest but miscreants and thugs have also joined the protesters.

The memorial protest is to commemorate the first year anniversary of the #EndSARS protests, which rocked the nation last year.

Related Topics:Just in: #EndSARS memorialPolice fire tear gas at protesters
Up Next