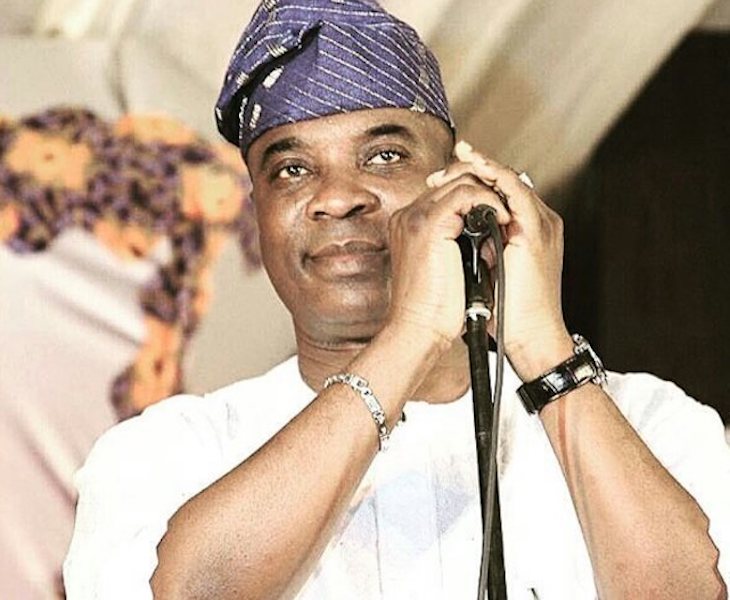 The media space has been awash over the past few days over the outburst of Fuji icon, K1 on the Lagos State Administration.

Two days back, Fuji music singer,  Obesere had joined the fray as he attacked the Fuji icon over his(Wasiu’s) stance on the Governor Ambode  ‘s Lagos APC leaders debacle.

But the Media Team of the music super star, led by versatile media personality  Kunle Rasheed, has responded to the issue, taking Obesere to the cleaners.  According to Rasheed,  Obesere was an opportunist who wants to latch onto K1’s fame to get noticed by  all means.

Rasheed advised Obesere to rather concentrate on his vastly diminished music career instead of using K1 in his political “yahoo” game.

He wrote, ‘Ordinarily, we would not bother ourselves with the usual rantings of Fuji act Abass Omorapala Obesere because K1 will never entertain such idea. But as a concerned party, we need to set the records straight hence this timely advice to Obesere.

We can glean that Obesere positioned in his epistle to disparage the person of Alhaji Wasiu Ayinde Marshal, a.k.a. K1 De Ultimate, for no just cause. We have been watching the entertainment scene for a while and have come to the conclusion that Obesere is an opportunist who waits for K1 to either err or take an action for his voice to be heard.

One good thing which life has taught is that the truest mark of being born with great qualities is being born without envy.  This has prompted our belief that Obesere’s issue with K1 borders on envy and nothing else.  Obesere should know that K1 remains a prominent APC party member in the state and as such is a bonafide stakeholder in the affairs of his party.  Instead of Obesere dabbling into a matter that doesn’t concern him, he should as a matter of urgency concentrate more on re-jigging his dwindling musical career.  K1 has done well both as a musician and a politician.

The Czar of Fuji music has done so many hits after hits and has always remained relevant in the Nigerian music scene.  Of late, Obesere’s voice and face becomes only visible when the issue of K1 issue arises. Why is this If not envy?

While the same K1 was busy campaigning for Governor Akin Ambode in 2015,  Obesere did a song that  “Eyin magbale, awa ma gbadun” (meaning APC members should continue sweeping, his own people (PDP) will continue to enjoy).

Now that PDP failed in both the state and at the federal level, Obesere now solicits patronage from the same party he had derided in the past.  We have observed that  Obesere is like a sinking man who will desperately hang on anything to go down with him. We have  also observed that the hatred he harbours for K1 has not ceased despite K1 offering olive branches to him several times .

We advise Alhaji Abass Obesere, to heed the words of the great writer PK Thomajan, that “Grudges get heavier, the longer they are carried” and we implore him to shed himself of this unnecessary envy and let K1 be, ’’Rasheed concluded.

Related Topics:coverstoryObesereWasiu Ayinde
Up Next

Leadership of Nigerian Military Must Match the Courage, Blood and Sweat of our Soldiers