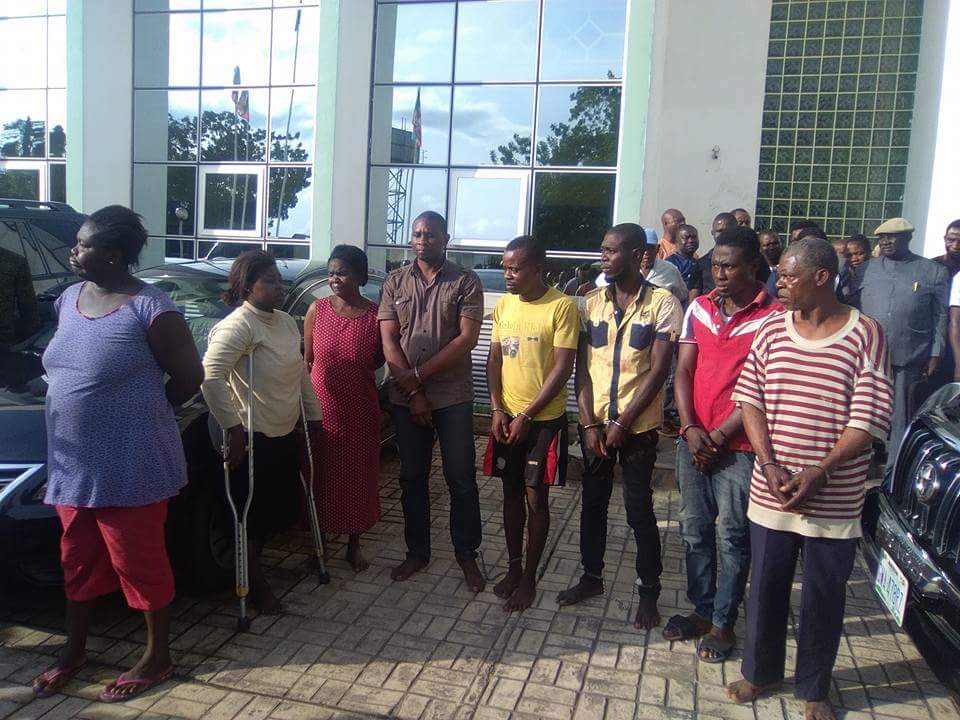 Benue State Command of the Department of State Services, DSS has Some Kidnappers who have been terrorizing Benue state. Six School children have been rescued, some were united with their parents while some are yet to identify their parents.

Addressing news men at the old banquet hall of Benue people’s house Makurdi, Governor Samuel Ortom reiterates that kidnappers and other criminals has no place in Benue. He call on the people of the state to remain resolute and assist the security agencies to curb more criminals in the State as his Government will continue to do his best to chase away criminals so as to pave way for investors come in.