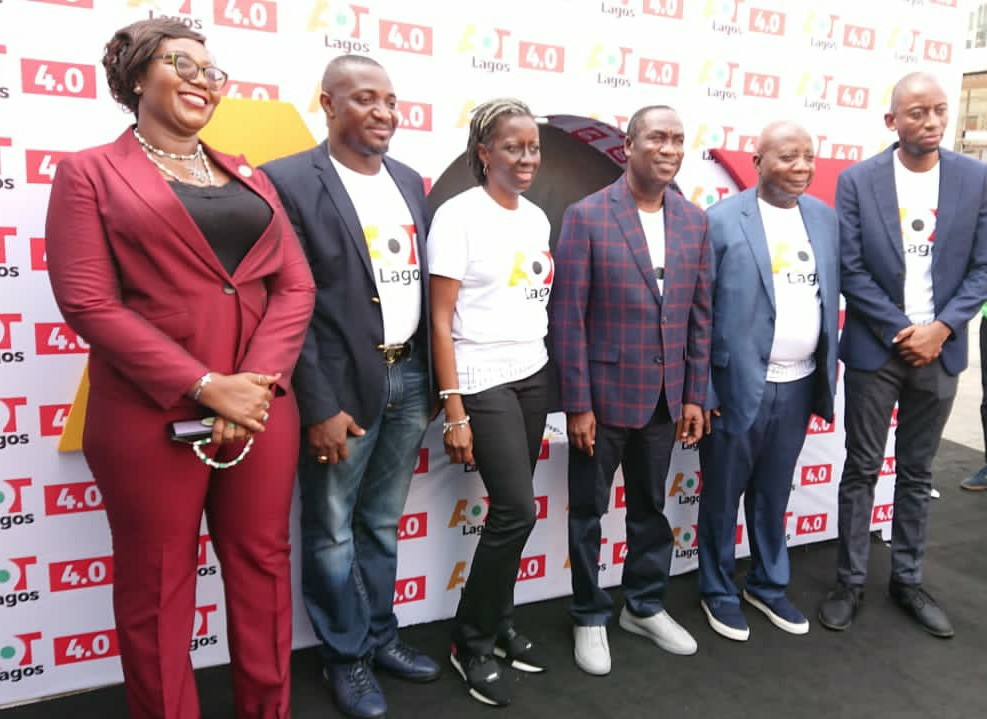 Gov. Babajide Sanwolu, the Lagos state governor says the state government has attracted over a billion dollars in data session in the last one year.

Sanwolu said this during the Art Of Technology ; with theme ,Talent Acceleration and A Smarter Lagos on Thursday in Lagos.

The governor was ably represented by his deputy Dr Babafemi Hamzat.

“In the past one year, Lagos has attracted over a billion dollars in data session investment.

” Over the past years through our initial ITs deployment which is the intelligence traffic system, we now have automatic plate number recognition cameras”.

He said that Lagos has become the number one startup ecosystem in Africa in terms of performance and share numbers in start up creating value between 2019 and 2021.

“With over 12 percent increase resulting to 1.5billion dollars in venture capital funding, in 2022 alone we recorded over two thousands start ups, creating and contributing value across agriculture construction and health.

“We have enabled a better collaborating technology in the ecosystem with 25 thousands online and offline registration”.

He point out that the continued progress is a testimony provided to both private, public sector and stakeholders to procreate and drive value in this ecosystem which the state is particularly happy for the growth.

“Lagos has provided the central core of business and technological development in Nigeria for decades.

“Our administration’s contribution is evident in different implementation and initiatives of our organization.

“Through the first Art of Technology we were able to identify the need to access talent development inclusion of both male and female.

“In this start up, there are initial funding of activities in deepening internet Penetration, we have included over 2900 kms of fiber optic deployment across the state which has connected about 100 Schools.

“Also we have partnered with telecoms industries and using our optics dusk to power their 5G distinction”,he added.

“We also reinstating our identity management programmes through our Lagos agency that will seek to identify all inhabitant of Lagos for this project.

Hakeem Fahn, the Commissioner, Ministry of science and technology, in his welcome address, said the event brought together the commercial and public stakeholders to explore policy and strategy that will help Lagos become efficient, and digitally competitive.

Fahn urged stakeholders to work together to speed up ideas and adoption of effective techniques which is the only way they can gain success in the digital world.

“With our tireless efforts this program will assist the youth in achieving their objective, he added.

Victor Afolabi, the founder of Eko Innovative Centre noted that there is a gap between technology and policy making which need to be bridged.

Afolabi said that the conversation should be about talent and that has become the new goal of Eko Inovative Centre.

“There is no other way in getting them but rather catching them young and that is what we are trying to do.

“Before these youths get into university we have to expose them to experiences in the technical system so that they can be well skilled and equipped”.

Another speaker Olatunbosun Alake the Special Adviser on Innovation and Technology to the Lagos State governor, highlighted the talent challenges is part of issue that we have .

According to him,a speaker said he does not see relocating as an issue but exploiting and we are also preparing a ground work for more talent to be exploited like if you have a talent and Nigerian’s in UK use Nigeria product which will serve as more revenue to our status.

Finally ,he stated that today was an opportunity to discuss the strategies we have and create more value for Nigeria

Art of Technology (AOT) 4.0, Lagos is an annual tech conference curated by Eko Innovation Centre, one of the largest and leading tech hubs in Nigeria. 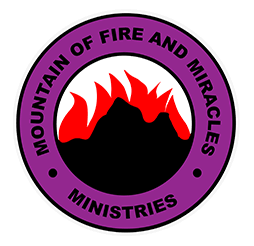 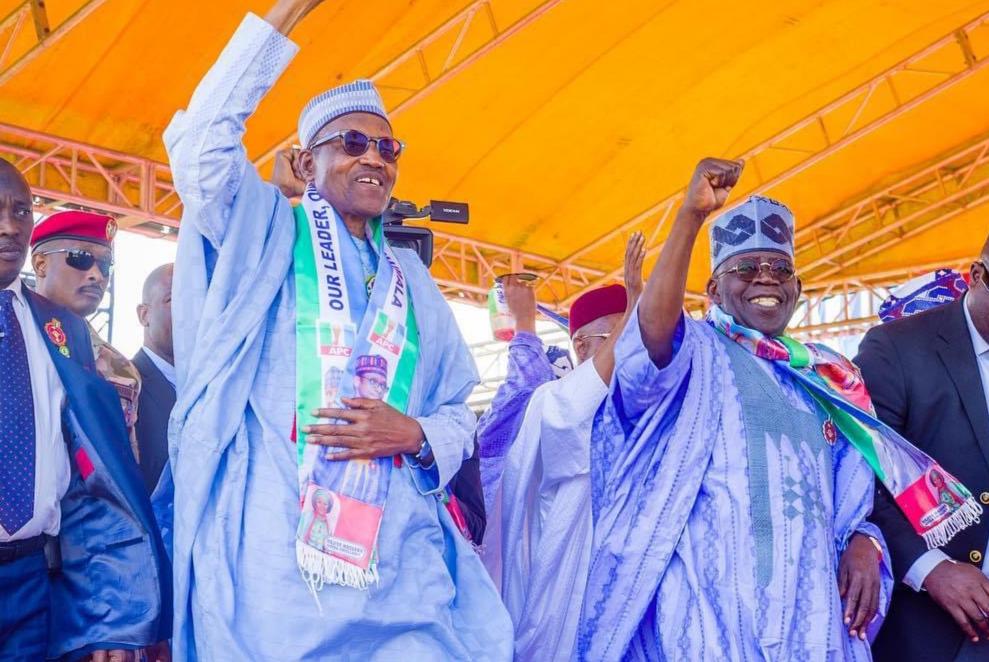 Oyo State frontline politician, Senator Rilwan Adesoji Akanbi has commended President Muhammadu Buhari for his recent setting up of a 14 man petroleum committee which he is heading, in order to resolve the current petroleum scarcity.

Senator Akanbi pointed out that the action is worthy of note and goes a long way to show the humane side of the president and the fact that he cares for the citizenry.

The Senator went on to recall the President’s recent visit to Lagos and his cutting of the tape to put in process the operational opportunities of the new Dangote Refinery in the Lekki area of Lagos as being one of the major highpoints of President Buhari tenure, which will galvanise commerce and development in the whole of Africa, since the new Dangote Refinery, happens to be the biggest refinery so far in Africa.

“Time has finally come through this present dispensation, to offer Nigerians, an economic breakthrough that will eventually, and soonest too, see a huge number of employment opportunities in Nigeria, and a roll out of more multiplier economic benefits in the land,” said Senator Adesoji Akanbi.

“And I must also commend Governor Babajide Sanwo-Olu, his Deputy, Obafemi Hamzat and the entire Lagos State government for the Blue Rail mass transportation project and the Rice Mill project, both capital intensive development projects which are targeted to change the entire face of the state into a mega city, where there is ease of transportation and easy access to rice, a staple food which has come to be one of the most loved by the entire Nigerian populace.

“But the best is even yet to come, and more shall we see once Asiwaju Bola Ahmed Tinubu wins the upcoming presidential election. You can recall that these new Lagos development projects were all laid out during the governorship of Tinubu in Lagos, of which subsequent governors ensured it’s continuity. I can assure you that, there are more people waiting to build more gigantic refineries and so many investors waiting right now in the wings for Asiwaju to win the election, so that they can commence their different projects. Definitely, with Tinubu in the saddle as president, Nigeria will be great again. It’s the private sector that drives any economy and its takes a leader like Tinubu to provide such enabling environment for such infrastructure s to take place. The Lekki free trade zone and the airport and the other good things happening in Lagos, are just a tip of what a President Tinubu in office, will do to replicate in the entire country.”

Senator Akanbi also said that some people are saying that the change of money by the Central Bank of Nigeria, was targeted at Tinubu and the APC. “That is very wrong,” he replied. “Everyone knows that elections are costly. In some countries, trillions are spent on elections. The change of money affects all the political parties because we all need money to pay for logistics. And I am hereby using this opportunity to call on the Central Bank, to extend the deadline, because as at today, some banks are still paying customers the old notes, so extension of the deadline is now a must.”