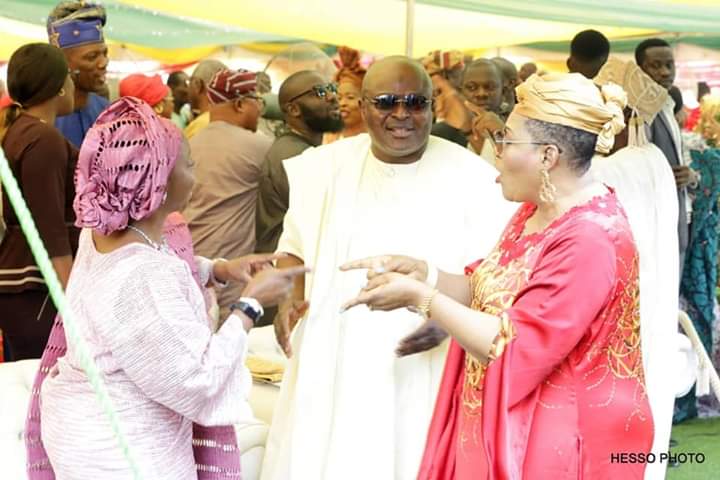 Our attention has been called to another set of fake reports carried out again by Sahara Reporters, an online medium that has become infamous for blackmailing people rather than follow the true dictates of media ethics.
Its latest series of deliberate falsehoods is coming days after we came out with proof that the medium LIED in its claim that the Speaker of the Lagos State House of Assembly, Rt. Hon. Mudashiru Obasa, spends N17 million to maintain his office and personal apartment.

Let us start with its latest disparaging story about how the Speaker supposedly approved N258,835,000 to print invitation two months after the inauguration of the 9th Assembly.
It can only take a gullible Nigerian to believe a story of this nature. One would think that the writer was not in his right frame of mind as he put his pen to paper.

WHAT WAS APPROVED FOR THE PRINTING OF THE INVITATION CARD FOR EVENT WAS JUST N1,130,000. But how Sahara Reporters arrived at N258,835,000 beats the imagination of any sane person.

For the avoidance of doubt, the entire inauguration of the 9th Assembly can be summed into a total of N61.3 million as the document accompanying this response shows. A breakdown of the expenses is also glaring for every discerning mind to see that Sahara Reporters is nothing but a tool for blackmail.

In another spurious report, the medium contemptuously claimed that the Speaker of the Lagos State House of Assembly, Rt. Hon. Mudashiru Obasa, gave approval of N45.7 million for a 2019 Christmas party that never held.

In its rush to satisfy its co-travellers who furnished it with the lies, the traducing medium ‘shot itself in the foot’ by failing to carry out the minutest of investigations – did the party actually hold?

One would naturally have disregarded this particular report. However, it is just necessary to school Sahara Reporters that the medium is only dragging itself to disrepute with the fakes it vomits of people without adequate proofs.
For the avoidance of doubts, here are a few things Sahara Reporters should know and report back to those sending it on a wild goose chase:

Exposé: Presidency And Many Lies Of COVID-19 Figures In Nigeria