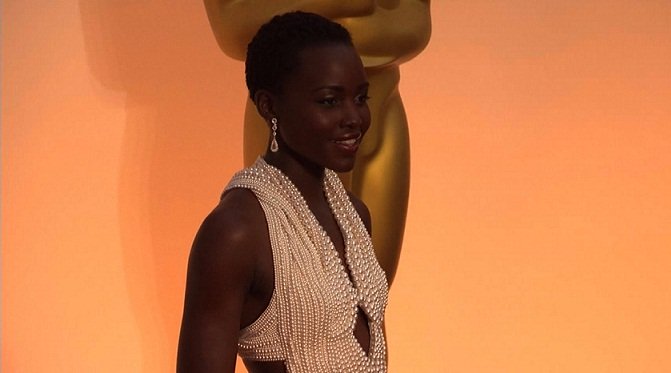 Hollywood actress, Lupita Nyongo, is not just making Africans proud with her acting skills which have earned her that public notice but she is doing fine when it comes to fashion.

The actress wowed guests who turned up for the ‘QUEEN OF KATWE’ movie premiere which took place in Uganda and South Africa, recently.

Being the first African lady to win the Oscars, Lupita has continued to parade herself as the pride of the African woman and she has earned her respect in her own right both as an actress from Africa and as someone whom many now look up to.

It is not easy coming out with such creative African design but for Lupita, it’s all about being creative and loving oneself which has always been her driving force.