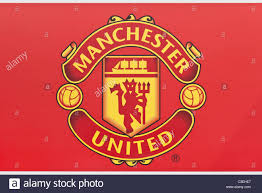 Manchester United fans reacts with annoyance over news of Cristiano Ronaldo agreed to join Manchester City after he leaves Juventus.

The Portuguesse superstar has reportedly spoken with Pep Guardiola and it is believed Juventus have entered into negotiations with the Premier League champions about letting Ronaldo leave.

While Manchester City fans are celebrating his impending arrival, Manchester United supporters have been left feeling ‘angry’, ‘betrayed’ and ‘shocked’ by the decision.

Recall Ronaldo started his professional career at Sporting Lisbon but became a superstar at Manchester United.

Sir Alex Ferguson, who saw Ronaldo’s potential from an early age, bought him for £12.24m in 2003. He helped the Red Devils pick up several trophies before departing for Real Madrid in a deal worth £80m – making him the world’s most expensive player at the time.

With Ronaldo set to return to England to play for Manchester City, fans of his former club have taken to social media to vent their frustration.

One supporter Tweeted saying: ‘If Ronaldo does actually go to Man City words won’t be able to describe how devastated I will be.’

Another added: ‘Ronaldo going to Man City is a gut punch. Doesn’t matter how many years since he left United. This isn’t on par with Figo going from Barca to Madrid, but it’s like Owen going from Liverpool to United.’

Other fans threatened to ‘burn’ their Ronaldo shirts if the Portuguese international joined the club.