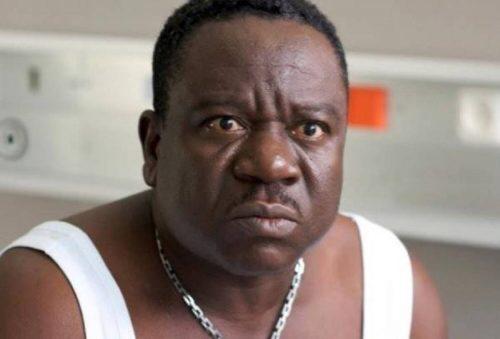 Comic actor, John Okafor, popularly known as Mr Ibu has debunked trending social media reports that he is down with stroke.

The new media was awash on Thursday, April 4th, 2019 with reports that the 57-year-old iconic actor was hit by a mysterious stroke shortly after he returned from a trip to Owerri, Imo State.

The President of the Actors Guild of Nigeria, Emeka Rollas, was even quoted as saying that “the actor was fast recovering”.

The sad news generated deep concerns from industry watchers, especially fans of the actor, calling for prayers and support for him.

However, in a latest video published on his Instagram Page, Mr Ibu, who is seen “loving up with his wife”, flayed the stroke report, saying he has handed those peddling the rumour to God.

He said: “Oh God! People are saying that I have stroke, that I am down with stroke. Why?

“How can you announce somebody’s sickness and you have many, you don’t even announce one.

“I don’t have any stroke please. This is my wife, my humble wife. Well, we hand over everything to God.

“I have been receiving calls from across the world, and I don’t know who is spreading this false news about me. I don’t know what they are saying. Na their papa get stroke.”

Related Topics:celebritycoverstoryENTERTAINMENTMr Ibu
Up Next