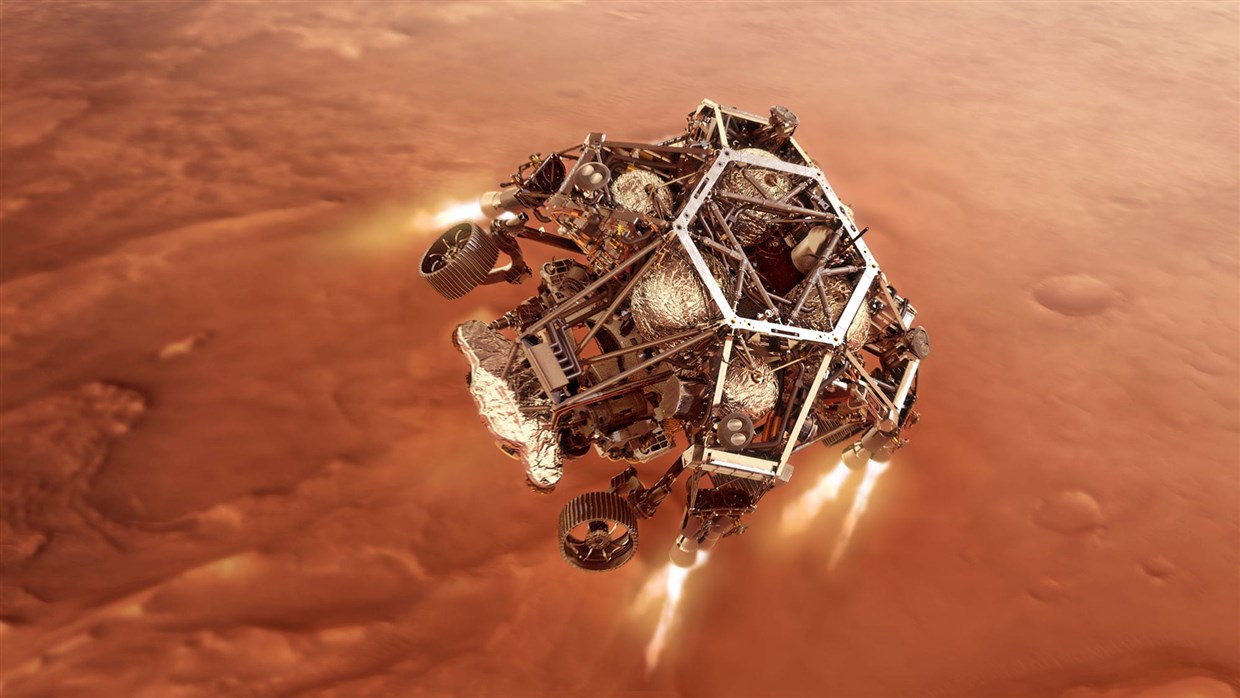 After zipping hundreds of millions of miles through space, the Mars rover Perseverance is just hours away from attempting to land on the red planet in what has been described as one of the most daring robotic maneuvers in NASA’s history.

The car-size rover, which launched in july 2020, is aiming to touch down on Mars on Thursday at around 3:55 p.m. ET. If successful, Perseverance will become NASA’s fifth rover to land on the red planet and will kick off the agency’s most ambitious mission yet to examine whether life ever existed on Mars.

“Perseverance is attempting to answer one of the biggest questions in the history of humanity: Is there life elsewhere in the solar system?” said Chris Carberry, co-founder and CEO of Explore Mars, a nonprofit organization that advocates for human exploration of the planet. “If people can’t get excited about this mission, I don’t know what’s wrong with them.”

Carberry said the mission could reveal tantalizing new details about Mars’ history and geology. But first, Perseverance has to stick to its landing. And that will be no small feat.

Like its predecessor, Curiosity, the Perseverance rover’s descent to the Martian surface has been dubbed the “seven minutes of terror.” This is because a complex sequence of programmed events must occur at precise times in order for the landing to be successful. And because of limits with deep-space communication, engineers in NASA’s mission control may not be able to follow along in real time.

“Once it enters Mars’ atmosphere, the entire spacecraft is pretty much acting autonomously,” said Janet Ivey, president of Explore Mars. “You can’t send a message from Earth to divert it from landing on a hill or near a big rock. It’s a nail-biter for sure.”

Only around half of all previous attempts to land a spacecraft on Mars have succeeded, according to NASA, and Perseverance’s planned touchdown is particularly risky.

Once the rover enters Mars’ atmosphere, it will be traveling at roughly 12,000 miles per hour, according to NASA. A parachute will then be deployed and shortly before touchdown a “jetpack” will fire a series of retrorockets to slow the spacecraft. An intricate sky-crane — similar to the one used during the Curiosity rover’s landing — will then lower the rover to the Martian surface.

During the nerve-racking entry and descent phase, friction from Mars’ atmosphere will also subject the spacecraft to temperatures of more than 2,300 degrees Fahrenheit, mission managers have said.

The rover is aiming to settle in Jezero Crater, a 28-mile-wide basin just north of the Martian equator that scientists think was once home to an ancient river delta. If Mars once supported life billions of years ago, it’s thought that Jezero Crater could be the best place to look for potential fossilized clues in the region’s sediments and mineral deposits.

But Jezero’s landscape is also characterized by large boulder fields, sand dunes and cliffs that make a landing unpredictable and challenging.

Jakande buries them in shame By Tunde Odesola