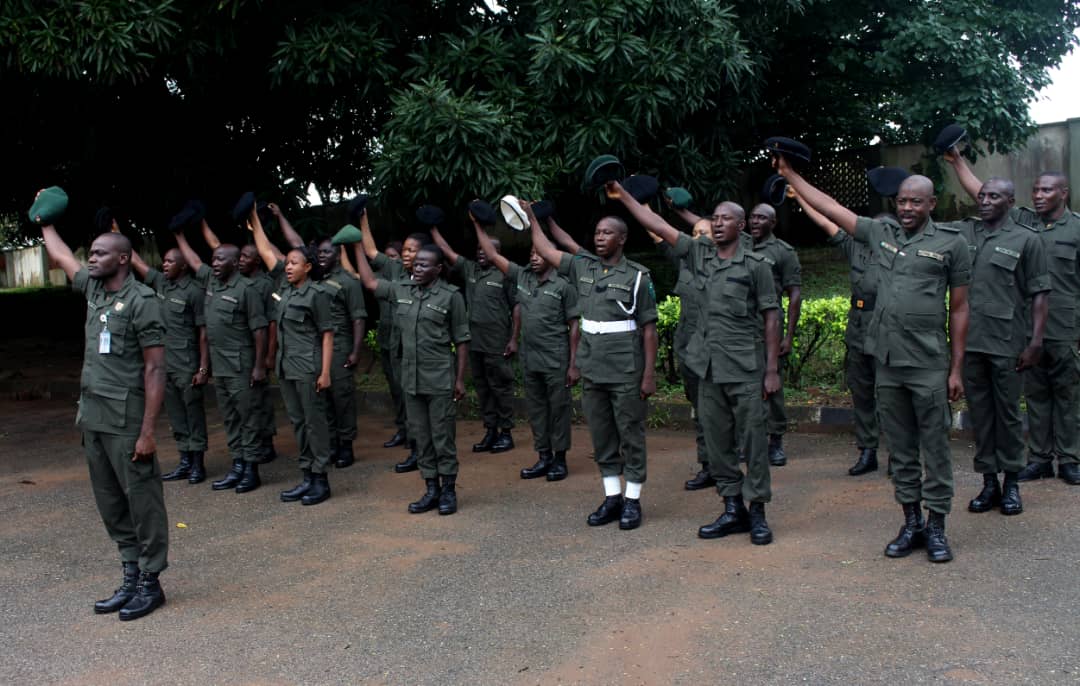 The National Park Service has rewarded some of its staff with commendation letters and cash for their outstanding performance in the 2019 World Ranger Day’s parade and for general discipline in the Service.

Goni while presenting the best award to the Assistant Park Warden11, Catherine Otegwa Ogwihi commended the staff for on the honour adding that the gesture was meant to motivate her and other staff to further make sacrifices for the Service’s development.

He said that the Bi-weekly parade and physical exercise at the Service’s Headquarters is now compulsory and that henceforth no staff would be allowed to sit for promotion exams until he or she attends the exercises up to ten times during the period of his or her promotion exams.

He congratulated the award winners for their exceptional work ethic, and urged them to continue striving hard to help in the efforts of the management to transform the Service.

He urged the awardees to see their recognition as a challenge to do more, and to continue to brainstorm amongst themselves to find solutions to the various day to day problems of conservation.

He said that the award is a wake-up call for all staff to do more and move to the next stage of making the Service one of the best in the world.

He announced that an undisclosed amount of cash has also been given to families of 11 fallen Rangers of the of the Service to support them.

The CG said the cash given to the awardees and the families of the fallen Rangers was donated to the Service by some philanthropic organizations during the 2019 World Ranger Day.

He therefore thanked the organizations for the support and urged others to emulate them in appreciating and supporting the critical work of Rangers in protecting the natural resources and cultural treasures of Nigeria.

UnwontedConvos – Get Ready To Attend “The Millennial Town Hall Meeting”