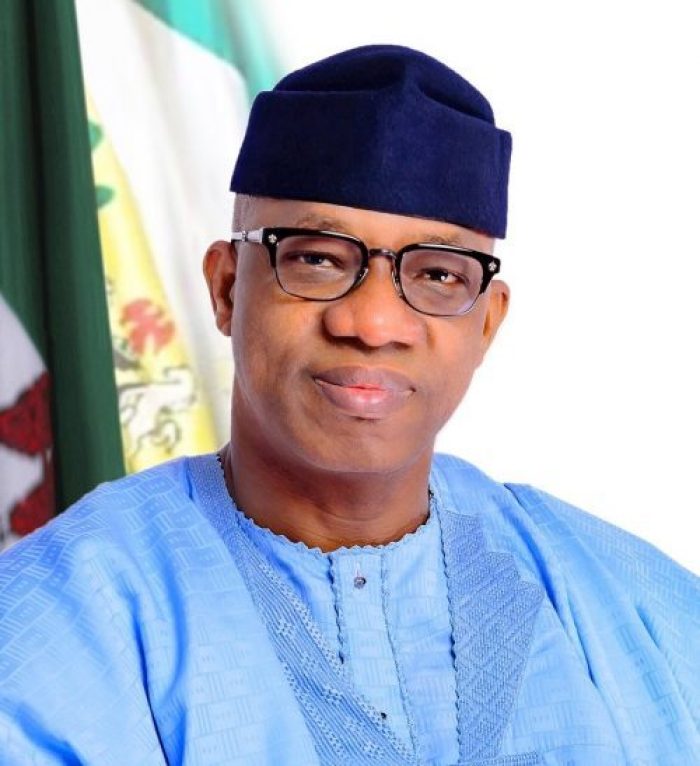 In spite of the futility of the efforts to disparage the Governor of Ogun State, Prince Dapo Abiodun by its traducers, the poorly-written and disjointed piece titled, “WHY MANY OGUN POLITICIANS ARE ANGRY WITH GOV. ABIODUN” in the 22 November, 2021 of the City People Magazine was a part of the media onslaught that was masterminded to up the ante. This is more so because of its timing to coincide with a critical period of projecting the image of those who are interested in the “Oke Mosan 2023”. Whereas, there is no vacancy.

They tried in the past and failed. This is God’s project and from the look of things, it seems the hack writers are bellyaching over the rising profile of Prince Abiodun and the series of reports by more competent researchers, verifiable pundits and writers who averred that the governor deserves a second term.

Since the failed attempt to scuttle the mandate bestowed on Prince Abiodun in April 2019 at the polls and in court and the pull-him-down tactics of opposition elements (even within the All Progressives’ Party in the State) could not hold water and recent opinion polls by major newspapers and platforms suggest the governor was on a roller coaster back to Oke Mosan in 2023, some politicians have not had any rest.

Interestingly, to the utter consternation of its sponsors, the energy and resources invested in the project amounted to a sheer waste of time. At best, it was akin to shaking the giant Olumo Rock to gain dewdrops. The rock remains strong and unscathed by the undiluted lies and half-truths that are strewn throughout the putrid piece. Well, the magazine is a soft-sell magazine: it is only an unserious person that will write a supposedly serious political piece in it.

The pathetic piece opened with, “These days, in Ogun State, when you see politicians gather in twos and threes, most of the time, their topic of discussion is usually about Gov. Dapo Abiodun, the Ogun State Governor.” This is a pedestrian statement without a supporting fact or figure. Visibly, it is deliberately concocted to suit the false narrative. The writer continued: “They argue that to enable the governor win in 2019, he promised many groups who worked for him and those who collaborated with him, things that he has not fulfilled.,” “Why many politicians are angry is also because all the far-reaching changes he promised when he came in have not been fulfilled. For instance, he promised to correct all the shortcomings of his predecessors (Amosun) in terms of reaching out to party faithful at the Wards and local government levels, but he has abandoned them, with the effect that a lot of party members at the various levels have become very frustrated. Even the elders of the party are unhappy too.” This clearly shows the handiwork of some disgruntled politicians who want the Governor to place politicians above the good people of the state who have elected him and, that, he is responsible to. It is time we separated politics from serving the good people of a state who deserve to enjoy the dividends of democracy.

Unlike the respected ThisDay newspaper that published “Opposition Bellyaching, Abidoun deserves a second term” or “Abiodun: Boardroom as a Political Tactician” published by the authoritative Cable newspaper or even the empirical vox pop titled “Dapo Abiodun deserves second term, say Ogun residents” conducted by Hassan Muaz first published by Eagleonline and widely syndicated across many political journals and online platforms globally, the hack writer laboured in vain to put a name to all insinuations made.

Discursively, taking the recurrent phrase “they say” into consideration, it is crystal clear that the piece is predicated on hearsay/beer-parlour gist. Additionally, by the writer’s jaundiced conclusion that, “For quite some time now, Amosun has emerged as the alternative governor in the state. He is the one that party members go to for support. His Abeokuta GRA house has been turned into a Mecca, as he attends to the requests of people on a daily basis. At festive periods, his house is where party faithful go to and they usually leave with goodie bags of basic human needs for their families.” shows their failed attempt at branding the power-wrestling former Governor of Ogun State and the packaging of Hon. Ladi Adebutu all in a futile attempt to project the name of their candidate in the media.

One wonders where the alienation theorists got their hypothesis from? They further claim that “even his Commissioners & Special Advisers find it difficult to reach him on important matters. They say he only sees those he wants to see. Part of the allegation is that he does not give them free hand to do anything and he has not empowered them financially to spend when they need to, on the running of their offices”.
Of course, the Commissioners are on the same page with their principal who understands that their welfare is of essence. All the Governor’s team meet him, at least once in a week for State Executive Council meeting and anytime any matter of urgent importance arises, they have unfettered access to the principal. To state that they are not empowered is a misnomer. Ogun State has owed no salary under Prince Abiodun and they all receive other pecks like monthly allowances, office imprests, running cost and other ancillary benefits that they deserve. If the writer wants the Governor to open the State vault for his appointees so that they can slot in corruption charges against the governor they will wait in vain for the man that lay in wait by the river to see when the crab will sleep!
The mission is clear to sow a seed of discord between the members of the APC which the Governor is ably leading, rip apart the successful inclusive governance which all politicians, administrators, statesmen, professionals, industrialist, market women and women, as well as youths, students and opinion leaders have keyed into to have easy access to the people’s commonwealth. No, it won’t work.

From the foregoing, a lesson is visible: the project failed partly because it was deceitful and an overkill. The piece dropped without a whimper. The social media that should have ordinarily buzzed ignored it like a plague.

Also, every incident is always either a blessing or a lesson. The Governor, Prince Dapo Abiodun has every reason to consider it a blessing on the one hand for having free publicity. As it happens in literary and other criticisms, every criticism ultimately is an indirect projection of its object. The most criticized works ultimately become the most popular and the critics of the Governor have to be thanked for contributing to the prominence and visibility the Governor enjoys.

Finally, as usual, they have failed again at their attempt to drag the white garment of the Governor through the mire. Afterall, no one stones a tree that bears sour fruits but everyone stones the tree that bears tasty fruits. Abiodun is a tasty fruit, it is no surprise that detractors would not give him a breathing space.