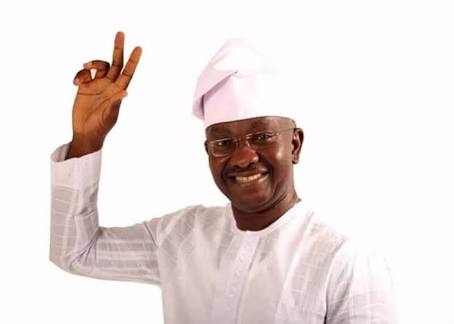 Otunba Paseda said only credible and popular candidates with people oriented programmes will win at the polls.

The founder of Otunba Rotimi Paseda Foundation made this known while fielding questions from newsmen at the official declarations of some aspirants for the State House of Assembly at the Party Secretariat, Onikolobo Abeokuta.

Paseda revealed that the “Country is seriously facing hard times now,  the suffering is much, people need a true change like somebody like me, hence money and rigging will definitely be put to shame as people will vote according to their conscience “.

He said, ” in the next three months now, you will see the clouds coming down. We are not going to give them a free ride like we did last time, we have already gained the consciousness of the people, they want a true change but not deception”.

Speaking on how he intends to govern state, Paseda said “many of the Assembly members we have now are stooges they are rubber stamps. I am not going to choose anybody as house of assembly member we are going to advice them to go ahead and challenge me to do more they should be able to ask me questions on why are we spending this money why should we waste resources and so on like that.

He said  the youths “have the capacity, they have the gut to stand up and challenge you for a purposeful governance. Ogun State have suffered long enough and that is the only way we can have a headway. Put fresh people that are youths in the assembly”

Otunba Paseda opined that only three major issues have been drawing  the society backwards and they are religion, ethnicity and concentration of projects in one Senatorial district at the detriment of the others”.

“We have three ills that is plaguing our society today, they are religion. Segregation by religion, we need to remove that from our politics”.

“The second is the discrimination by ethnicity, you are this I am that,  you are Hausa you are Igbo,  that must stop we must discourage it”.

“The other thing is impacting negatively on a region and impacting positively on another region which is otherwise known as discrimination according to senatorial district . If you look at Ogun State today you will find out that distribution of projects is not equitable at all”.

In her welcome address the State Chairman of Unity Party of Nigeria,  Alhaja Aminat Olatunbosun called on all members to redouble their efforts in membership drive adding that UPN remains the only hope of the masses now.

Her words, “PDP has been in government,  they failed the people,  APC is there now,  they also failed,  people are now looking unto UPN as the solution to the myriads of problems facing the State,  we are now telling them that we are going to deliver and salvage the State from the shackles of oppression and maladministration”.