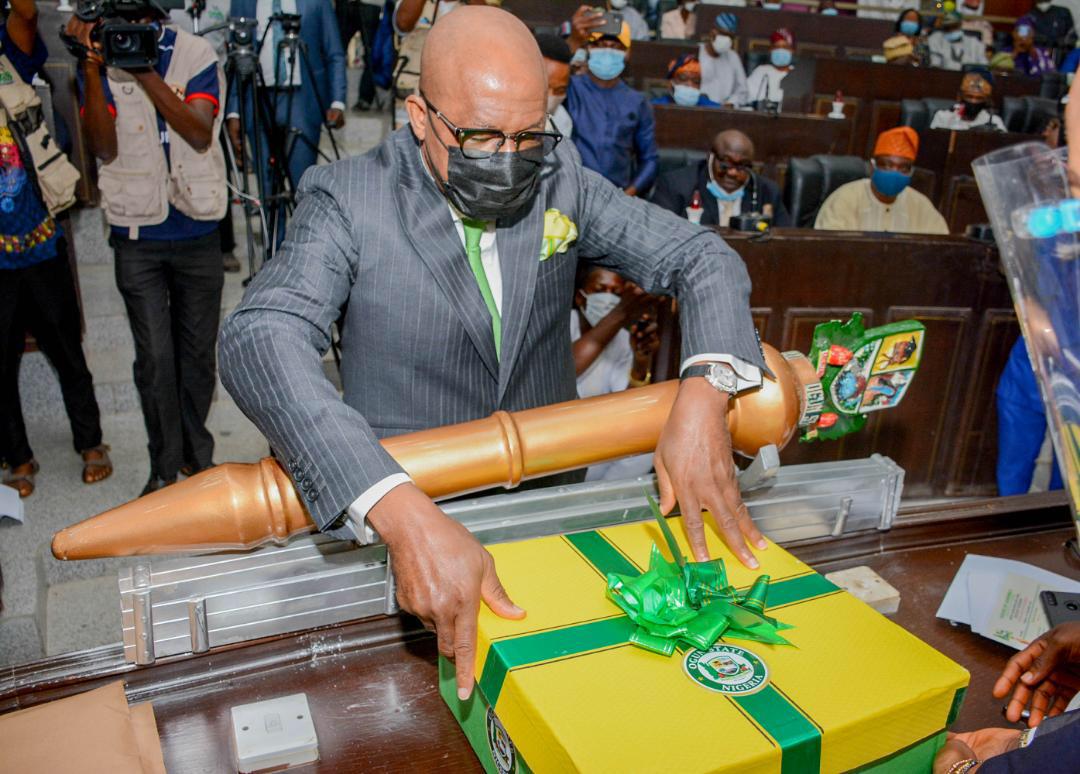 Ogun State Governor Dapo Abiodun on Tuesday presented a budget proposal of N339 billion for the 2021 fiscal year to the Ogun State House of Assembly (OGHA) for approval.

The Governor said the 2021 Appropriation Bill is tagged “Budget of Recovery and Sustainability”, as it highlights the key sectors and budgetary allocations for rapid development of the State.

‘The investment focus of this government is to gradually reduce the identified infrastructure gap as well as provide fiscal stimulus to lift demand and help the State in its economic recovery process,’ Abiodun said.

He noted that in achieving this, the State Medium Term Sector Strategy (MTSS) approach, based on a modified zero-based budgeting framework, was in place to provide ‘a profiled budget stating the various expenditure headings and cost allocated over the three years.’

Governor Abiodun stressed that the 2021 budget is meant to address the COVID-19 pandemic, the #EndSARS protests, the general feeling of disenchantment in the polity, the socio-economic yearnings of the people of Ogun for good governance, as well as the stringent calls in all societal spheres for a more representative democracy that speaks to the issues of economic growth, consistent progress and equitable quality of life.

Abiodun said the State will also set aside N12 billion for a Stabilisation Fund and N10 billion for Public Debt Charges.

He added that statutory allocation will provide estimates of N59 billion while capital receipt, internal and external loans, including grants and aid, is estimated at N142 billion.

The Governor stated that since oil revenue has continued to reduce thus affecting statutory allocation, 2021 internally generated revenue of the State projected at N119billion will complement the projected statutory allocation of the proposed budget, noting that ‘the 2021 Appropriation Bill has been modified to include budgeted revenues, no matter how small, for each MDA, to focus on internal revenue generation.’

Governor Abiodun reiterated his administration’s firm commitment to a legacy of hope, financial stability, and fiscal prudence, as he promised a drastic reduction in the discriminatory impact of poverty by strengthening all regulatory and institutional frameworks that are crucial to the preservation of the State’s rich cultural, financial, and historical heritage.

‘We have resolved to keep exploring Public-Private Partnership strategies in the provision of infrastructure, social services, and the conversion of our challenges to opportunities within the context,’ the Governor said.