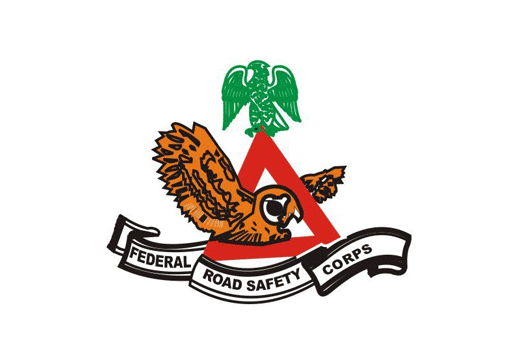 Over the years, corruption has been a clog in the wheel of progress in Nigeria and has incessantly frustrated the realization of noble national goals, despite the enormous natural and human resources in Nigeria.

It has been described as the misuse of entrusted power or dishonest use of one’s office or position for personal gain. It is a cancerous global phenomenon, which has continued to cripple the developmental efforts of Nigeria.

Corruption in Nigeria manifests in the form of misappropriation, kickbacks, over-invoicing, bribery, embezzlement, tribalism, nepotism, money laundering, and outright looting of the treasuring, and so on.

It is an obvious fact that in Nigeria, some of the elected and appointed public office holders and top bureaucrats use their position of authority to actively engage in corrupt practices.

According to a Transparency International Report, corruption drains Nigeria of about 20 percent of its Gross Domestic Product.

Based on statistics from the United Nations Office on Drugs and Crimes, the Nigeria Police, Vehicle Inspection Officers (VIO), and the Federal Road Safety Corps (FRSC) have been listed to be among the seven worst receivers of bribe in Nigeria in which 85 percent of their victims have been discouraged from seeking redress or reporting exploitation.

It is in a bid to rid corrupt road safety officials from the Nigerian Highways that the leadership of the FRSC and the ICPC mapped out a new strategy known as “Operation Tranquility”. Operation Tranquility is a joint operation that involves the ICPC, FRSC, and the Department of State Services.

It would be recalled that the FRSC Corps Marshal, Dr. Boboye Oyeyemi had in 2019 approached the ICPC Chairman, Prof. Bolaji Owasanoye, for collaboration to curb the unwholesome practices by Road Safety officials on the highways, particularly the extortion of motorists.

The collaborative exercise was aimed at arresting FRSC officials who extort motorists on the highways. As a result of the exercise, over 100 FRSC Officials have been arrested across the country while huge amounts of funds taken as bribes have been recovered.

With the launch of “Operation Tranquility”, the stage was set for a joint operation by ICPC, FRSC, and DSS across the nation. The first phase of the operation was in the six States of Kaduna, Rivers, Ogun, Kogi, Bauchi, and the Abia States, while Tranquility Phase 2 was conducted in Ondo, Zamfara, Yobe, and the Imo States.

Under phase four, the operation was carried out in 10 Driver’s License Centres in Lagos State. The Centres were in Coker/Aguda, University of Lagos, Ikeja, Iponri, Bariga, Ojo, Town Planning Ilupeju, Eti-Osa, Agege, and Oshodi.

For phase five of the exercise, the operation was conducted in four states namely Anambra, Cross-River, Enugu, and the Plateau States.

The exercise under phase 3 was not conducted due to the COVID-19 pandemic.

The highest amount recovered from corrupt road safety officials was N1,063,920 under Tranquility Phase 4 and 25 road safety officers were picked up, while 33 personnel were arrested under Phase 5 with N45,870 recovered.

For the fourth phase of the operation, 25 officials, VIO and Motor MVAA were arrested and the sum of N1,063,920 recovered on 20th August 2020, in Coker/Aguda, University of Lagos, Ikeja, Iponri, Bariga, Ojo, Town Planning Ilupeju, Eti-Osa, Agege, and Oshodi Driver’s License Centres.

In the same vein, five FRSC officials were arrested in Onitsha under the fifth phase of the operation while Awka had 11 arrested officials; Calabar eight; Enugu five and Jos had four FRSC officials arrested.

The suspects were granted administrative bail and further investigation activities are on-going. Others are undergoing administrative disciplinary procedures while some are being prosecuted in Federal High Courts across the Country.

The FRSC had in August 2020 constituted the Federal Road Safety Corps Disciplinary Panel to investigate corps personnel who were involved in infractions or played key roles in disruption of the FRSC/ICPC/DSS Joint Monitoring exercise (Tranquility IV) conducted at the Driver’s Licence Centres.

The ICPC officials, who led the various monitoring teams, served as principal witnesses during the investigation. The ICPC is pressing charges against the FRSC officers in a resolve to check petty and grand corruption in the country.

According to ICPC, all the suspects were arrested during a joint operation, code-named: “Operation Tranquility V”, comprising officers of ICPC, DSS, and FRSC.

The ICPC has expressed its determination to sustain the operation to rid the Nigerian highways of government officials who extort money from road-users.

Under the leadership of Owasanoye, the ICPC has embraced a paradigm shift, consciously promoting strategic partnership with relevant stakeholders to strengthen public enlightenment efforts in discouraging corruption and corrupt tendencies. Working with key government agencies, the ICPC has evolved a National Ethics and Integrity Policy designed to prevent corruption while enforcing ethical codes.

Owasanoye captures the dynamics of the war against corruption when he said, “Enforcement is important but where corruption is systemic, you need a combination of factors because when it is systemic, everything is affected.

“We need a combination of enforcement and prevention because if you don’t prevent it, corruption weakens the capacity of the state. A lot of prevention methods have been introduced under President Muhammadu Buhari, using technology trying to stop the money from going away.”

Owasanoye said the campaign against corruption this time will engage every stratum of the society. “We will ensure citizen-by-in. If the leadership continues to make an effort to stop corruption and the people disagree, you will be swimming up the creek without a paddle because it will be very challenging for you; you need the people’s consent and support to succeed,” he argued.

The ICPC boss said his agency is not re-inventing the wheel but leveraging existing platforms, laws, and institutions.

“There are things that the Government wants to do for the people but are made impossible because of the conduct of the people, so we feel that the people have a great role to play and the first is that it is already in the Constitution that is governing us.

“Let’s bring out all those values of dignity, patriotism, cooperation, and hard work of integrity, and then we need to design a communication strategy around it because it is one to have a good policy and another thing to communicate it.

“We are also mindful of traditional institutions, religious platforms, ethnic, congregation, and congregation that people trust and believe in; they need to be part of it,” he explained

Abeokuta to have regular water supply in June – Abiodun