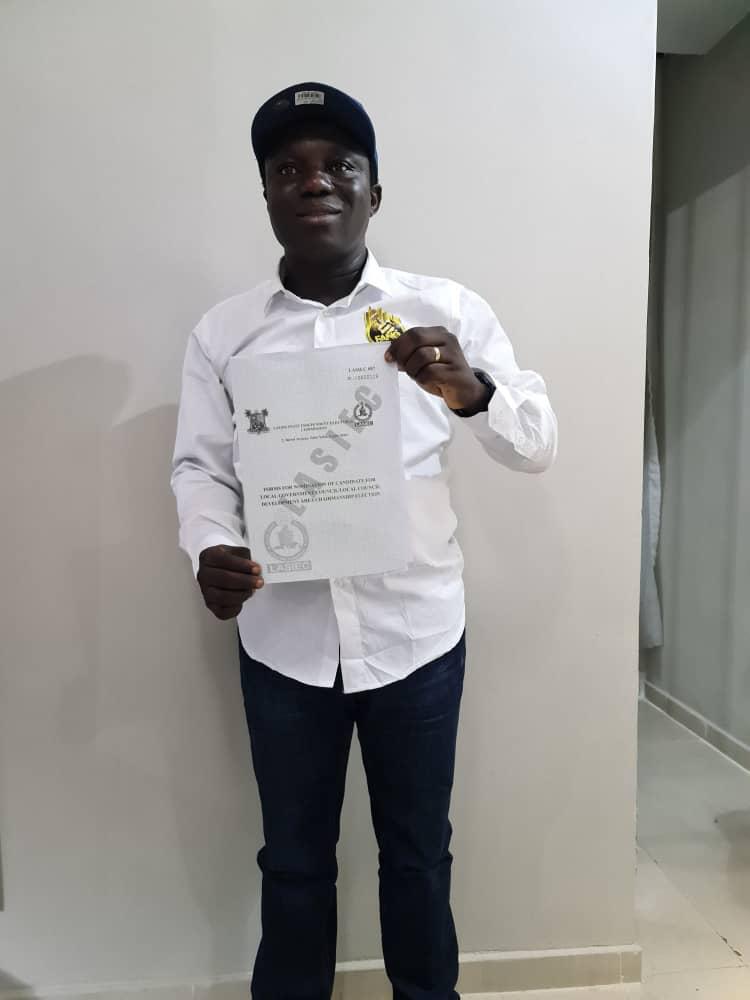 The desperation of Valentine Buraimoh to return for a second term as Executive Chairman of Amuwo Odofin is unprecedented in the history of grassroots politics in Nigeria.

It is indisputable that Hon Dipo Olorunrinu is the Chairmanship Candidate of All Progressives Congress in Amuwo Odofin. He had earlier received the LASIEC Nomination form from the State Party Chairman which was filled and submitted at the party secretariat.

It is surprising to see Valentine Buraimoh publishing a personally signed publication accompanied with a picture where he displayed another LASIEC form without an official stamp on it. It has become very important to know where he collected the form after the list of Chairmanship Candidates was published on 4th June 2021. We also observed that the form he claims to be a LASIEC form does not have any official stamp on it.

We are stating emphatically that Valentine Buraimoh has spent not less than Two Hundred and Fifty Million Naira (#250,000,000) on his wasted ambition. This funds would have been used in improving infrastructures in Amuwo Odofin but unfortunately his greediness and gluttonic crave for stolen funds have blinded his rationality.