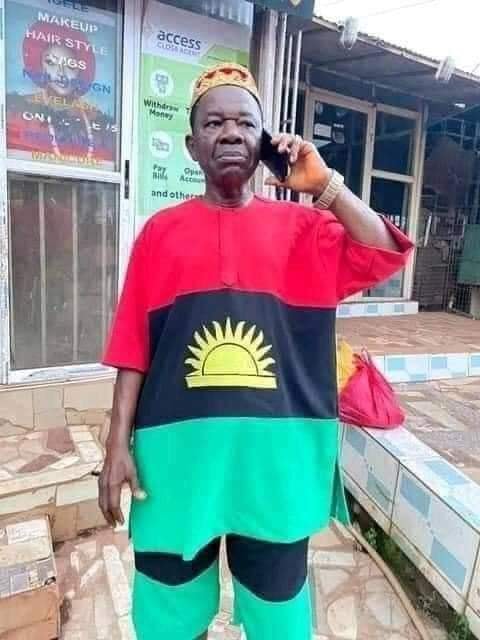 CHIWETALU AGU– The Biafra imbroglio rocking the South-East has taken another dimension with the alleged harassment and arrest of veteran Nollywood actor, Chiwetalu Agu today in Onitsha.

Some highly trusted Nollywood sources have said that veteran actor Chiwetalu Agu has allegedly been arrested for wearing Biafra regalia in Onitsha.

A source, making the announcement on a popular Nollywood Whatsapp platform said the actor, Chiwetalu Agu was arrested by soldiers at Upper Iweka, Onitsha

“This is Upper Iweka Onitsha. The soldiers at the bridgehead arrested him. He was taken to the Onitsha Cantonment from where I have learned he has been taken to 82 Div Enugu,” the source said.

“All hands are on deck on the matter already. Although it’s dicey with all the insecurity going on in the East,” the source added.

On the veracity of the report, another source said, “Apologies, there are conflicting reports on his whereabouts. But two of my sources are on their way to 82 Div Enugu to ascertain if he is there or not. But it’s confirmed that it happened today at Onitsha.”