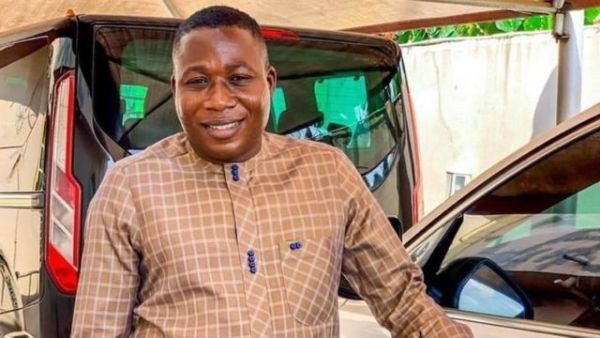 Saharaweekly reports that popular Yoruba activist, Sunday Igboho has been favoured by an Oyo state high court against the department of state security and the attorney general of the federation over plans to arrest him.

The court also restrained DSS and AGF from blocking bank accounts of the Yoruba rights activist.

Justice Ladiean Akintola gave the order following an ex-parte motion moved by his lawyer, Yomi Aliu (SAN), at the court on Wednesday.

“The court has ordered that he must not be arrested, intimidated, harassed, detained, or killed. The court also said that his account should not be blocked,” Yomi Aliu said.

“The court has proved itself as the defender of the masses. The court has granted permission for him to exercise his fundamental human right of free movement.

“He can now walk freely as a Nigerian and his house must not be attacked. AGF is also a party in this case. I m sure he will obey this judgment. He is a senior advocate. I urge the government to be law-abiding,” he added.

Igboho had through his counsel, Chief Yomi Aliyyu ( SAN), filed an application before the court asking for N5bn damages for the destruction of his cars and residence in Ibadan during July 1 raid on his residence by the Department of State Services.

He also asked the court to stop the Attorney General of the Federation, DSS and other security agencies from arresting him or infringing on his fundamental human rights.

Igboho had prayed for, “An order of injunction restraining the respondents, their agents, privies and associates in other security forces and/or anybody acting on their behalf and/or instructions from arresting, detaining, molesting, harassing and/or in any way interfering with his to personal liberty, freedom of movement of Chief Sunday Adeyemo aka Sunday Igboho, enjoyment of his property without fear of invasion of his home by the respondents and their agents,” among others.

The court adjourned the suit until August 18.

Fowowawo: Ogun Village where men of the Nigerian Navy allegedly terrorize the residents, sack the Baale