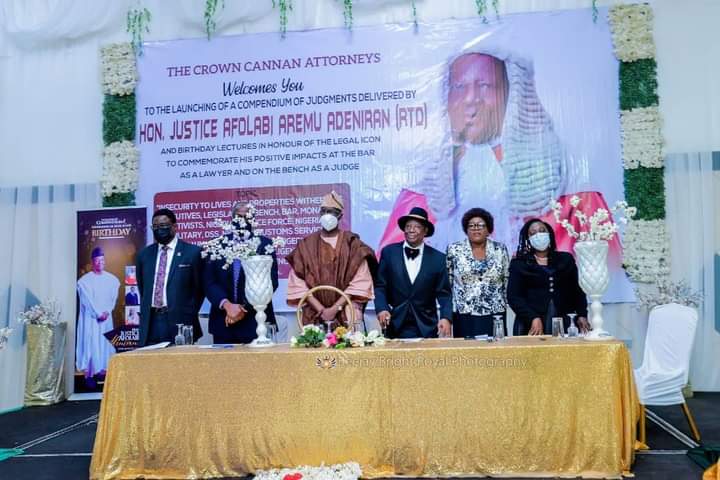 Following the recent attacks in Oyo state,stakeholders has come together to deliberate on the solution and way forward.

Prof. Oyelowo Oyewo,the Oyo state attorney general said that security apparatus of Amotekun corps is not empowered to be weaponised to the level of criminality they are combating.

Oyewo said it’s necessary for Amotekun group to undergo training to strengthen its members,Not only that, the organisation needs to take giant steps to ensure professionalism in the security industry

According to him;The outfit risk their life’s in fighting due to security challenges we experience in Oyo state ,it’s not advisable for them to carry weapons in combating crime and criminality

Hon.Justice Afolabi Adeniran Rtd,former chief judge of Oyo state urged Nigeria’s not to lock up themselves in ignorance we need to sit and examine what went wrong across the nation.

Afolabi,stressed further why we find ourselves in this situation is because of the problem of division among us.

A compendium of about thirty selected lordship judgment delivered by retired Justice Afolabi Aremu Adeniran has been launched in Oyo state.

Speaking during the ceremony the Chairperson planning committee Abiodun kolawole Esq,a legal practioner described the retired Judge as quintessential Bencher and Activist as well as dynamic social reformer a builder and maverick personality who is passionate about law and its power as an effective instrument for positive change and ensuring social justice in the Society.

He noted that the celebrated Justice lived by his conviction and philosophy of an egalitarian Society with equitable distribution of the material resources of the nation for the common good, justice as a right that must be demanded,fought for and protected.

The occasion was also used to remember late Prince Adeola Oyeniran Oyeleke who conceptualize the idea to organize the launch of the compendium for the retired Justice Afolabi.

Dignitaries at the event include the Oba Lamidi Adeyemi III Alafin of Oyo, Engr.Oluseyi Abiodun Makinde the state governor,Justice Olukayode Ariwola and many eminent Nigerians. His Colleagues Judges, Magistrates, Honourable speaker of Oyo State House of Assembly, Ooni of lfe late Soun of Ogbomoso were all represented.