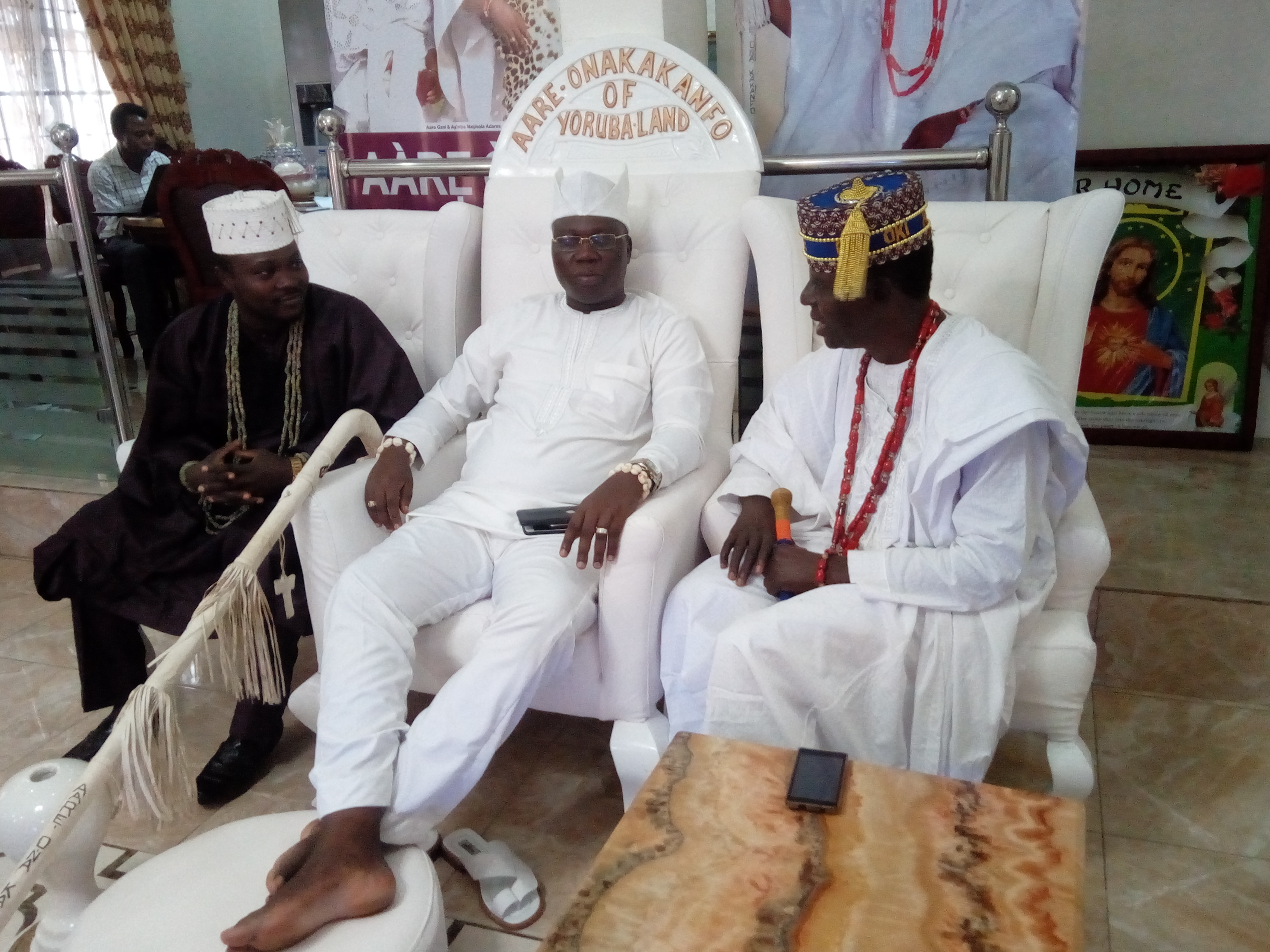 The Baale had in his entourage a high chief in the kingdom and CEO of Olanson Hotels, Aare Muritala Olayori.

Aare Adams received the august visitors in his inner chambers where mutual discussions were held on the progress of the Yoruba nation and its heritage.