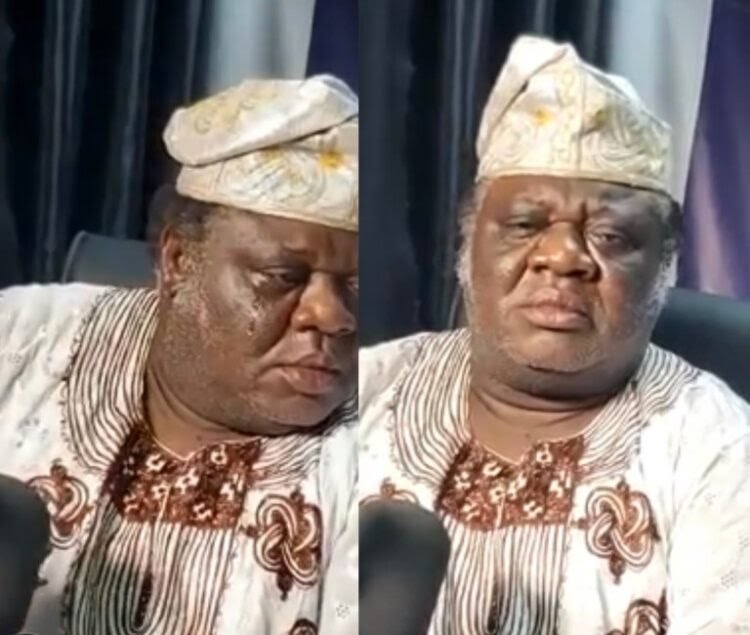 Things are surely getting better for veteran actor Chief Olusegun Akinremi widely known as Kanran as top broadcaster, Kola Olootu , shortly after his viral video of weeping and pleading for help, has used his influence to get him cash and property worth millions of naira.

We confirmed that the veteran broadcaster took him to the CEO of Opulence Creation in ibadan who dashes him clothing apparels worth over two million naira.  Aside that , another customer who was there at the time of the visit gave him N500,000 cash. We reliably gathered that another top ibadan chieftain gave him a new wonder on wheel same day.  Watch the video here:

It would be recalled that Olusegun Akinremi, the veteran Nollywood actor who is popularly known as Chief Kanran is currently soliciting for help to improve his living conditions after he lost his home to a fire incident in 2017.

From the video shared online, the veteran actor was a guest on a programme hosted by popular Yoruba radio talk show host, Kola Olootu.

During the programme, the popular script interpreter narrated how things started working against him when his home got burnt with all studio equipment worth N30million, and wife and children deserted him.

Amidst hot tears rolling down his cheeks, Chief Kanran noted that he was almost begging on the streets for food but for his status as a star.

According to him, he is not begging for the money to feed but for some money to start his work again as an artiste again.


“Seven years ago, things got bad for me. I was not ill and whatever will make me ill and people will start contributing for me, I thank God that it did not happen to me. However, what is currently happening to me is more than being ill. In 2017, my home got burnt from top to down and my wife and children deserted me.”

“My studio, where all my equipment are, also got burnt. Since the incident happened over a year ago, I have been sleeping in my church as I don’t have money to rent an apartment. Feeding has also been difficult for me. All my four cars are no longer with me. I sold one to feed, one got burnt, another one got knocked,”