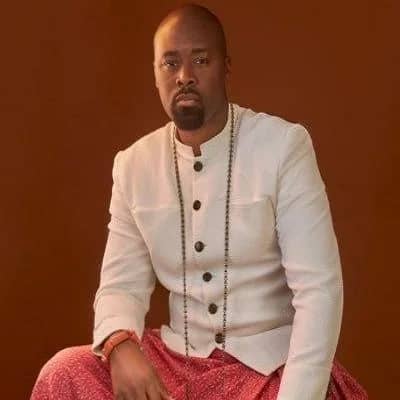 It is no longer news that the 36-year-old Utieyinoritsetsola Emiko, who emerged as the Olu designate will be coronated as the 21st Olu of Warri in a ceremony at Ode-Itsekiri expected to host eminent first class traditional rulers and dignitaries across the country.
The coronation of the new King slated for the 21st of August, 2021 enjoy the blessings and support of the majority of Itsekiri’s worldwide have become a talking point in the Warri Kingdom and the South/South region.
Since the blue-blooded Emiko emerged as the Olu of Warri designate, an air of peace and excitement has enveloped the oil-rich Warri Kingdom and its people.
Residents of Warri kingdom are already in a joyous mood as they prepare to witness yet another coronation of their new King.
The incoming amiable King had in the last few weeks been undergone traditional rites ahead of his coronation. He is required to fulfill these rites before stepping into the traditional stool of his forbearers.
A resident of Warri, Eugene Tuoyo, said the excitement in Warri and its environs ahead of the new Olu’s coronation is noticeable.
He said the indigenes of Itsekiri are happy that their new king will soon be crowned.
Fred Misan, another resident of Warri, said he is looking forward to the ceremony because it is usually a rare event that brings joy to the people.
He said the joyous mood in Warri metropolis and neighboring Itsekiri communities was one that will herald the peaceful reign of the new monarch.
Recall that shortly after his emergence as the Olu of Warri designates, top personalities across the divide sent congratulatory messages over his emergence.
Mrs Bola Elohor, a Special Adviser to Chairman Warri South Local Government said
” First and foremost, I want to felicitate with the new king on his enthronement. I must say our expectations are very high as he ascends the throne of his forefathers. We want the peace and unity that have been existing to continue among the Itsekiri people. We don’t want any division. He should try and make sure that there is peace in our land, and that peace should be sustained”
Emiko was born on April 2, 1984 to Ogiame Atuwatse II, the Olu of Warri & Olori Gladys Durorike Emiko, in Warri, Nigeria.
He received his early education at the NNPC Primary School, Warri and there, he proceeded to Adesoye College, Offa, Kwara State, for his secondary education between 1995 and 2001.
Not satisfied with only a post-primary education, the young prince then proceeded to the Case Western Reserve University, Cleveland, Ohio, United States of America from where he earned a Bachelors of Arts degree between 2002 and 2006. He majored in International Studies & Political Science, even as History & Economics were his subsidiary areas of specialisation.
In 2007, the young prince returned to Case Western Reserve University from where he obtained a Master of Science in Management.
He returned to Nigeria in 2008 for the mandatory National Youth Service Corps (NYSC) and served in the Public Affairs Department of National Petroleum Investment Management Services (NAPIMS).
Between 2009 and 2010, he worked as an officer at the Shell Nigeria Closed Pension Fund Administrator (SNCFPA) and Sahara Energy between 2010 and 2012 as a Government Relations Officer.
As an entrepreneur, Tsola Emiko is the founder of Noble Nigerian Ltd and Coral Curator Ltd. He is a Director at the Ocean Marine Security Ltd as well as at the Gulf of Guinea Ltd and Vessellink Nig Ltd.
A loving and caring husband, his majesty is married to Ivie Uhunoma, and the relationship is blessed with children

Related Topics:FeaturedLifestyleolu of warri
Up Next