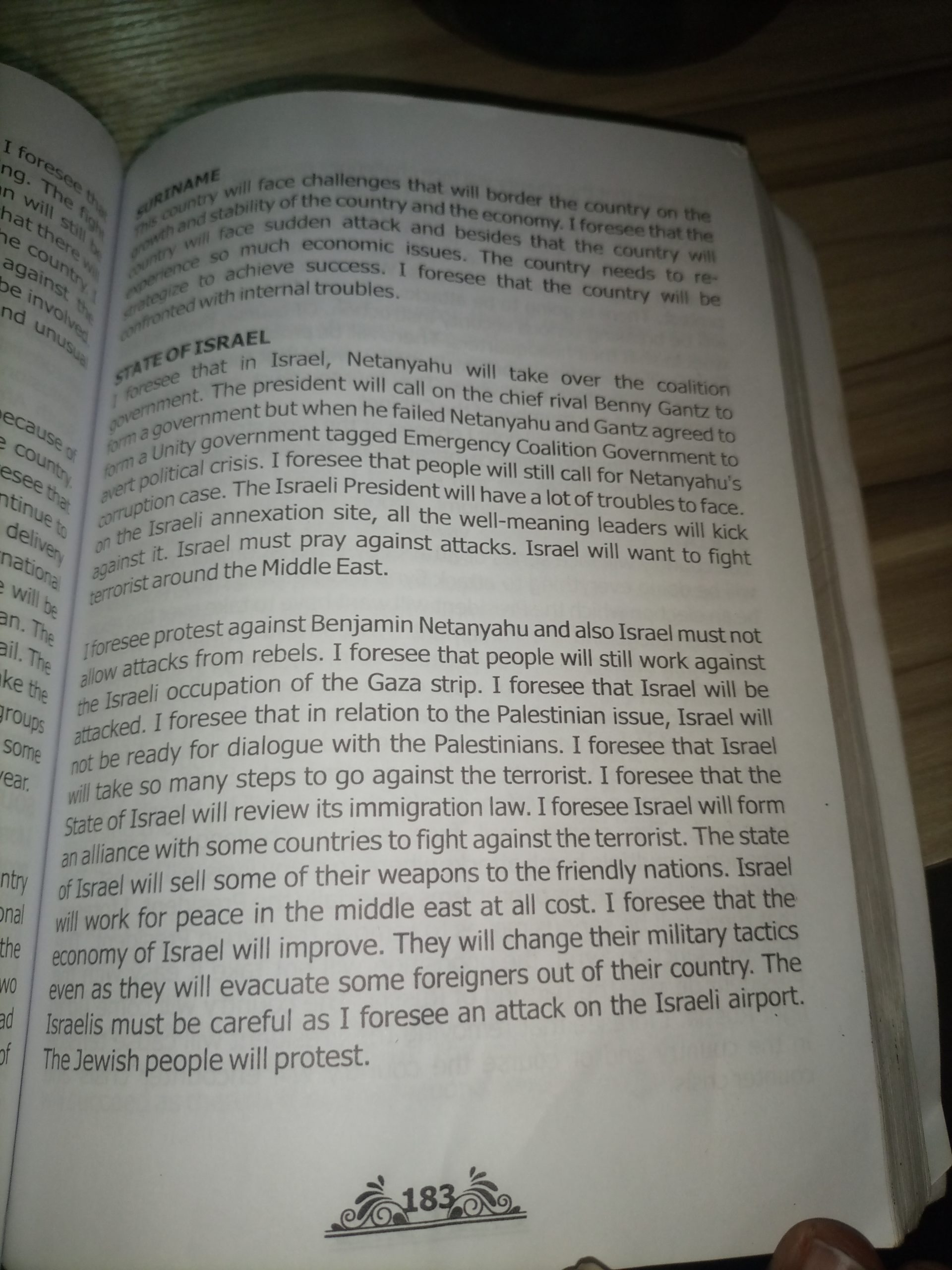 For some days, Palestine and Israel have been at loggerheads with each other, causing several casualties, destruction of properties, unrest on both sides.

Both countries have been hitting each other with airstrikes that end up killing innocent civilians and it has been getting tougher by the day despite the fact that leaders of nations have pleaded with them to shield their sword.

This is a confirmation of the prophecy of Primate Elijah Ayodele in his annual book of prophecy where he spoke about Isreal and Palestine.

This book was released in August 2020, and it contains warning to nations as the title implies, several countries were listed and what was going to happen to them in 2021 and beyond was listed there.

In his words, He said he foresee that Israel will be attacked and that they will not take it easy on the Palestine side.

I foresee that in Israel, Netanyahu will take over the coalition government. The President will call on the chief rival Benny Gantz to form a government but when he failed Netanyahu and Gantz agreed to form a Unity government tagged Emergency Coalition Government to avert political crisis. I foresee that people will still call for Netanyahu’s corruption case.The Netanyahu government will face crisis in the Middle East. The Israeli President will have a lot of troubles to face. on the Israeli annexation site, all the well-meaning leaders will kick against it.

They will change their military tactics even as they will evacuate some foreigners out of their country. The Israelis must be careful as I foresee an attack on the Israeli airport. The Jewish people will protest’’ (Pg 183)

With this, Primate Ayodele has proven again that He is indeed a man of God who hears directly from God on events that is yet to unfold.

All You Need To Know About Oil Money Records | Biography

Who Is Oil Money? Biography & Facts About The Oil Money Records CEO