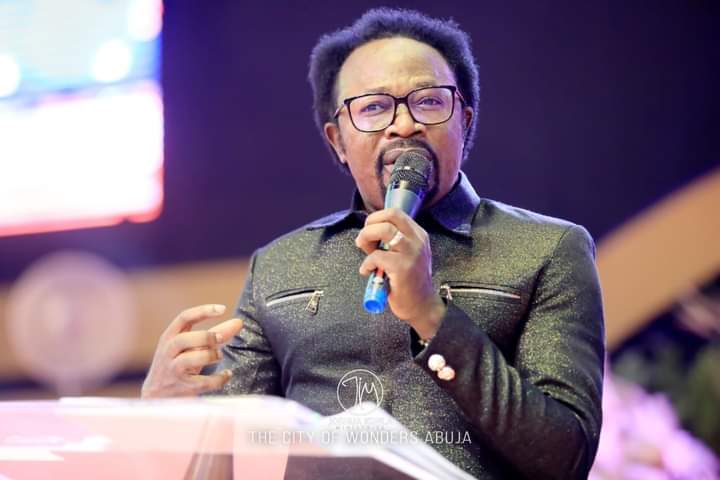 Popular Abuja based prophet and founder of Champions Royal Assembly, Prophet Joshua Iginla has thrown his weight of support to the ongoing protest by the youths against police brutality .

Iginla who is noted for being a voice to the masses declared his support to the #Endsars movement by the Youth.

The clergy who is noted for taking a stand against Injustice lamented at the way and manner police maimed, brutalised and killed citizens especially the youths who are the pillar of the country. He admitted that the rate at which the young ones are being brutalised is terrible ‘

“The rate at which young men have been killed, bastardized and destroyed is terrible. We need to look at it seriously”
According to him,  the yardstick by the police for maiming them which includes dressing, gadgets and flamboyant lifestyle  are totally wrong and unacceptable in this 21st century.
“Some  of our youths have been killed innocently and massacred recently over dress code and for holding a laptop. We all know we are in the digital era where you transact all busuiness via mobile. Its not everyone holding a gadget that is into cyber crime.”

Iginla however enjoined the Youths to be constructive in their protest. He believes that the issue of police brutality is just the symptoms of the decadence that has pervaded the whole sectors of the country . And that the issue of Injustice should be dealt with completely:

if our leaders dont treat  the source of these symptoms…. what we are seeing now are juist symptoms, there is no way we won’t get to a point where we will define or decide whether we staying together or not.

You can  not continue to suppress the voice that cries for justice when their is injustice.The disbardment iof SARS is not the real issue. when you have a place producing oil and they are  battling with water, air pollution and their needs niot attened to, or the resources from this place arer taken away to develop otherr section of the country and the owners are not enjiying the benefits iof this resiources, it’s injustice. we cannot continue to have people who feels they are part of this country and they  have never ruled this country before. If their is injustive we will have issues. We should rotate it  until the right leadership do the right thing. But if they continue to use police to suppress the voice of justice and since  this suppression has limitation.l, there will always be repercussions. That’s why its good  fior all stakeholders to talk about the injustice happening to some regions.

We need to look at their welfare seriously. Its not a one way thing. its ia two way thing from the salary of the police to the abuse of power from some few bad eggs among them.Its just like the stigmatization we pastors are facing that all prophets are corrupt. Its everywhere. lets not generalise it . let’s deal with the bad eggs,flush them out and  reform them. I feel its not just about brutality of police but bad governance we should Dealt with.  When  we have bad government their will be issues of poor governance.or poor attention to things that matters. imagine we have one person having houses scattered all over the wiorld. like Dubai, Canada amongst others. They loot our money which can be used tio pay police and boost their morals and make them discharge their duties effectively.”

“In my own words, they are doing well but we need to be careful during this protest So we don’t just heat up the moral of these people saddled with the responsiobility of protecting us. The reason is that it won’t get to a point they won’t be able to dischrge their duties and crime rate will increase.and a LOT OF LIVES WILL BE IN TROUBLE.

Right now, a lot of people are being kidnapped here in Abuja and the rate of standard of living has gone down tremendously, lets be careful. Am talking to the youths too. Let’s be careful with the way we do and ensure we are constructive in all we do. Let’s balance our criticism so we can sit around the table and dialogue. That does mot mean that the vision I see should not be given attention. by the governmwnt of the day. if you don’t give that vision attention, we will have what we might not be able to Handle