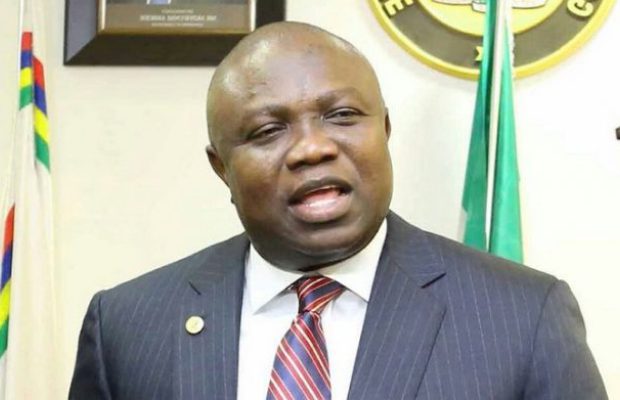 The fast-paced plot unfolding in the Lagos State House of Assembly which reached its crescendo  yesterday by the threat of impeachment on the embattled governor Akinwunmi Abode of Lagos State, before the expiration of his single term on 29 May, 2018, may not be unconnected with his latest refusal to give recognition to Tinubu supporters  within the Lagos State chapter of his party, APC, who impersonated themsellves as the Yoruba sociocultural group,  Afenifere.
One major weapon to get the public to the pro-impeachment side, according to investigation , is the raging issue of the budget of the state which the governor failed to present among many insignificant issues.
Our Investigation with top shots however revealed otherwise, as the issue of the budget and other enumerated issues by the assembly are nit the main reason why the house is moving to impeach the governor.
A top source in the dogfight told our Investigation team that the discontent of the acclaimed political leader of the APC in the state, Asiwaju Bola Tinubu  is over a request to the governor by his supporters  claiming to be  Afenifere who approached the Governor for financial assistance to the tune of Fifty Million Naira , a request  which the Governor declined is the main reason behind the impeachment threat.
It was learnt that a plan to host a pan Yoruba event  in Ibadan was hatched to endorse President Muhammad Buhari under the guise of the acclaimed and respected Afenifere and the governor had been requested to make available  fund to facilitate the program which he declined.
The Governor was reported to have said that if the group had come as Lagos APC or under the umbrella of politics,  he knows where to have directed them but coming as leaders and members of the Afenifere, a pan socio political group whose leadership is known to him and to whom those that approached  him do not belong,  he won’t attend to their request.
This denial which according to source was reported back to Asiwaju Bola Tinubu who got very angry and coupled with the earlier refusal of the governor to sponsor the campaign of the house of Assembly members for the 2019 elections. He met with his Governor Advisory Council and they  directed the House  to begin impeachment procedure against the governor giving the excuses that have  been highlighted.
It was also further discovered that the sum of fifty million Naira was eventually made available to the group to attend the program  tagged as the Pan African Yoruba summit in Ibadan by Vice President Yemi Osinbajo, who was intimated about the refusal of Ambode to grant their request.
After collecting the sum,the organisers doled only N1,500 each to the crowd rented to the University of Ibadan Conference centre for the summit.
The “accountability” probe, according to a top anti-impeachment element, will likely be spread to other contractual issues with the assembly expected to pronounce the governor guilty of misapplication of state funds, among other impeachable offences to abe listed against him.
It was, however, gathered that a silent mobilisation might be ongoing among the rank and file of the party in the state to thwart the plot by bombarding the assembly ground during sitting and force a major commotion to emphasise their discontent with the humiliating treatment being meted out to the governor.
There are also corollary actions expected from the planned assembly invasion as well as collateral damage to governance in the state.
A source warned that the lawmakers might just walk into a trap with their impeachment agenda and could get themselves crippled in a way that many would end up losing their re-election bid.
Related Topics:Bola TinubucoverstoryGov ambodepoliticsTinubu
Up Next