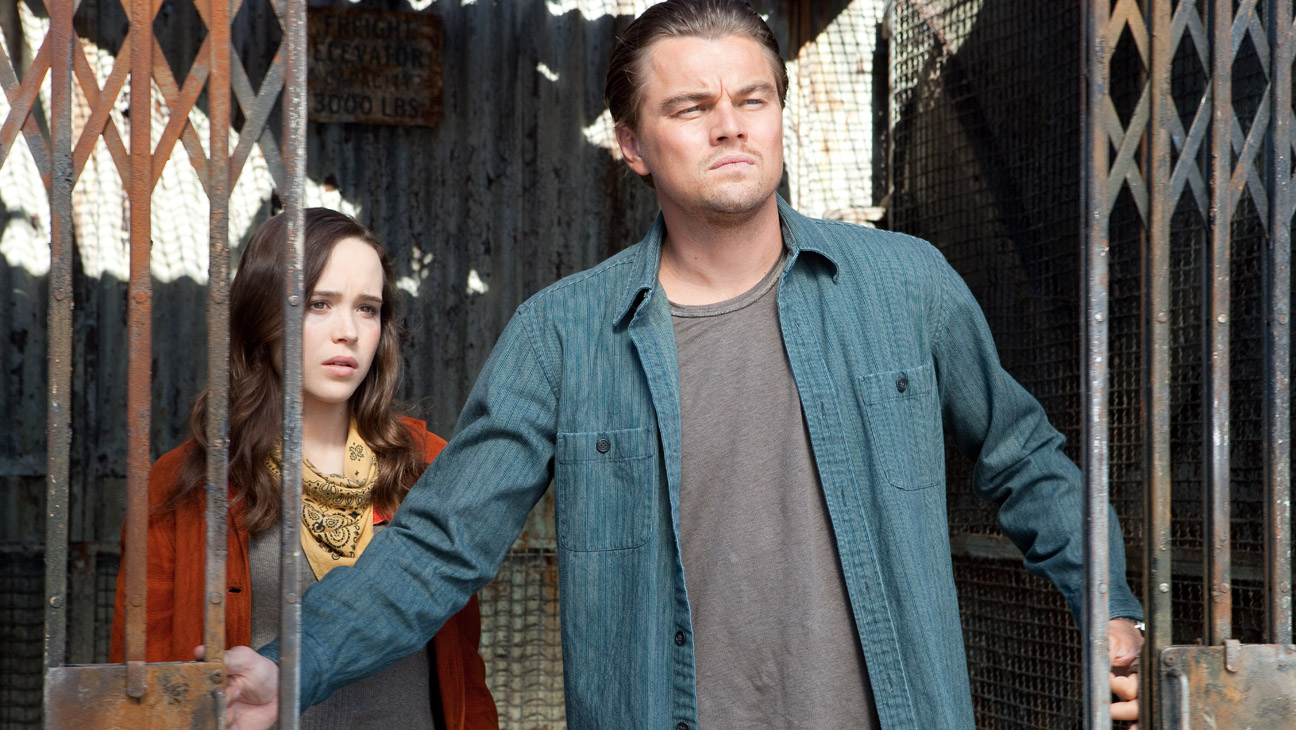 Interestingly, after starting as the No. 1 entrant at WWE, Edge won the Royal Rumble 2021 by tossing out Randy Orton

Edge is going to WrestleMania. After being out with an injury since last year’s Backlash event in May, Edge returned at the Royal Rumble, won the eponymous match and punched his ticket to ‘Mania. This probably means Orton will win a world title in between now and then, as their feud is poised to continue following the events of the Rumble (see below).

The Rumble also saw the returns of Seth Rollins and, more surprisingly, Christian.

The women’s Rumble was won by Bianca Belair, who could be WWE’s next breakout star. Both world champions retained their gold, with Roman Reigns defeating Kevin Owens and Drew McIntyre pinning Goldberg.

Overall, it was a fairly good show. More than other PPV events, it was hurt by the lack of a crowd. Neither world championship match was a showstealer, either. But the main event was fun, and it’s a genuine feel-good story to see Edge back.

Edge has become the third person in history to win the Royal Rumble after entering at No. 1. He outlasted all 29, including a sneaky Randy Orton and a returning Christian, to win the bout. The Rumble also saw Seth Rollins return, for the first time since November.

The match opened with Edge and Orton as entrants 1 and 2. They brawled, and eventually Edge hit a DDT on the announcer’s table. He then struck Orton in the leg with a chair. Orton was ostensibly out from this point, being assisted to the back by trainers who said Orton can’t compete on the grounds of not being able to walk.

The finish came after Edge dumped Rollins over the top rope, thinking he’d won. Orton appeared out of nowhere and gave him an RKO. He picked Edge up and tried to throw him over, but Edge countered and it was Orton who ended up eliminated.

Daniel Bryan, called the “sentimental favorite”, lasted a long time, yet was eliminated by Rollins. (Not before an awesome exchange between Bryan and Matt Riddle). It will (hopefully) lead to a feud, as Rollins, hiding on the outside, struck Bryan from behind when Bryan was on a roll, Curbstomped him and threw him out.

Other Rumble longshots Cesaro and Shinsuke Nakamura were both eliminated rather unceremoniously. A bit of a bummer in Nakamura’s case in particular, since his Gauntlet Match performance on SmackDown seemed to indicate bigger things for him.

Beyond Edge’s win, the biggest news is the return of Christian. Christian hasn’t wrestled since 2014, when he was taken off the roster for concussion issues. He looked in great shape, and made it to the final four.

Rating: 4 stars. Christian was a great surprise return, as was Rollins. As with the women’s match, this really did suffer from lack of a live crowd. But everyone worked hard, and though it wasn’t as spectacular as a regular Rumble, it was solid and consistently entertaining. The injury angle with Orton couldn’t be more unconvincing, but the last-minute counter from Edge, snatching victory away from Orton, was excellent.

After a long, occassionally preposterous match, Roman Reigns defeated Kevin Owens in a Last Man Standing match to retain his Universal Championship. Reigns choked Owens out with a Guillotine lock to keep him down for the 10 count.

The match began hot, with a Superman Punch, Pop-up Powerbomb and Spear all coming within the first few minutes. The brawling quickly went from the ring to the Thunderdome, as the two fought by the LCD screens that show fans’ faces. Eventually they ended up in the back, which is where things got a bit silly.

As Owens crawled into the back of the stadium, he was literally run over by Reigns, who was driving a golf cart-esque vehicle. That couldn’t keep Owens down though, and the two continued to duke it out. The high spot came when Owens hit a senton off the top of a fork lift platform, through a table.

They returned to the entrance ramp, where Reigns speared Owens through the LED boards. Reigns then produced a pair of handcuffs, but Owens took them off him and handcuffed Reigns to nearby lights, such that Reigns couldn’t get to his feet. When the ref count was at 9, Reigns grabbed the ref by his belt and pulled him into the lights, knocking him out. He then low blowed Owens. Paul Heyman came out to make the save, uncuffing Reigns. Reigns then locked on the Guillotine, retaining his title.

Rating: 3 stars. This was easily the weakest of the Reigns/Owens trilogy, following their very good cage match on SmackDown in January and their fantastic TLC match at last month’s PPV. I understand that, after those two strong matches, they may want to do something different. But once people are getting run over in the middle of a match and that’s not even a key false finish, things have gone too far. It was hard to suspend your disbelief for this one, and the long 9 counts didn’t help pacing either.

READ  THIS NATIONAL EMBARRASSMENT MUST STOP

After entering at No. 3, Bianca Belair won the women’s Royal Rumble. The final three were Charlotte Flair, Rhea Ripley and Bianca Belair. Ripley and Belair teamed up to eliminate Charlotte. Then they battled back and forth for the final few minutes, which were excellent. No major surprises — no Ronda Rousey, no Becky Lynch — but overall a fairly good Rumble, in spite of some facepalm moments.

The first stretch of the match has revolved around Billie Kay, of all people. When her number was called she entered the arena but not the ring, hanging out at the announcer’s desk and handing out her 8×10 to Jerry Lawler. As the ring stacked up with entrants, like Shayna Baszler and Toni Storm, Kay tried to convince them to team with her, to no avail. Finally, surprise entrant Jillian Hall agreed to be her partner and the two cleared out the ring.

Their partnership came to an end around 7 minutes later, when Kay eliminated Hall. That was only the second elimination of the match, with 13 entrants thus far. Kay was then eliminated while gloating. Things picked up with entrants 14 and 15, Rhea Ripley and Charlotte Flair. Lacey Evans then entered wearing Charlotte Flair’s robe — though she’d later be eliminated by Baszler, somewhat defeating the point of this heat.

The Rumble then saw a title change. Alicia Fox entered at No. 21, and was followed to the ring by 24/7 Champion R-Truth. The 24/7 Title guys rushed the ring, and Truth and Fox fought them off. With his back turned, Fox then rolled up Truth for the title win. After she was eliminated by Mandy Rose moments later, Truth rolled up Fox to win his championship back.

The Rumble also nearly got derailed with whacky Fiend stuff, as Alexa Bliss entered and, after being beat down by everyone, began to transform into her evil, invincible alter ego. But, as she was transforming, which looked as dumb as it sounds, she was eliminated by Ripley. Phew.

After the Rumble, Belair was interviewed in the ring. Overcome with actual joy, she gave a great promo about how she’s going to WrestleMania.

Rating: 3.25 stars. Decent, fairly good considering there was no live crowd to work with. There were clumsy, sloppy spots, and the Alexa Bliss segment was so hokey. But the final few minutes between Ripley and Belair were fantastic, bumping it up a notch.

Carmella had the best match of her career at December’s TLC pay-per-view with Sasha Banks, but this follow up wasn’t quite as good. After an average match, Sasha Banks submitted Carmella with the Banks Statement.

These women were put in a tough spot, following the WWE Championship match which, while light in action, was heavy in star power. The first half saw Carmella beating down on Banks, but her offense wasn’t particularly convincing. It picked up as the bout transitioned into more back-and-forth, but even then little was remarkable.

Maybe the most fun was how Reginald, Carmella’s manager, got involved, with Carmella using him as a launching pad at one point. He also accidentally caught Sasha as she fell out of the ring, inadvertently saving her from a fall, only for Sasha to work in a hurricanrana on him. Carmella then did a gnarly suicide dive, landing face first and thankfully not killing herself.

Banks also won the match with a nice omoplata transition into her Banks Statement, if you’re into MMA being integrated into your WWE.

This went exactly as you’d expect. The match was short, and consisted of three moves: Several Spears, several Claymore Kicks, and one Jackhammer.

It began with McIntyre hitting Goldberg with a headbutt and then a spear, copying Goldberg’s move. Goldberg then rolled to the outside and speared McIntyre through a baricade. Once they were inside the ring, the referee rang the bell. From there it was simply an exchange of spears and Claymore Kicks, and Goldberg at one point hit a Jackhammer for a two.

After a series of near falls, Goldberg missed a spear, McIntyre’s Claymore connected and victory came with it. They embraced after the match.

Rating: 1 star. Might have been fun if there was a live crowd that was into the exchanges, but as it was this was sterile and boring. Goldberg’s limitations — the fact that he can basically only do one thing, a spear — are so naked, it’s hard to really get into the action

Why we must see sports beyond its aesthetics in Lagos – Obasa