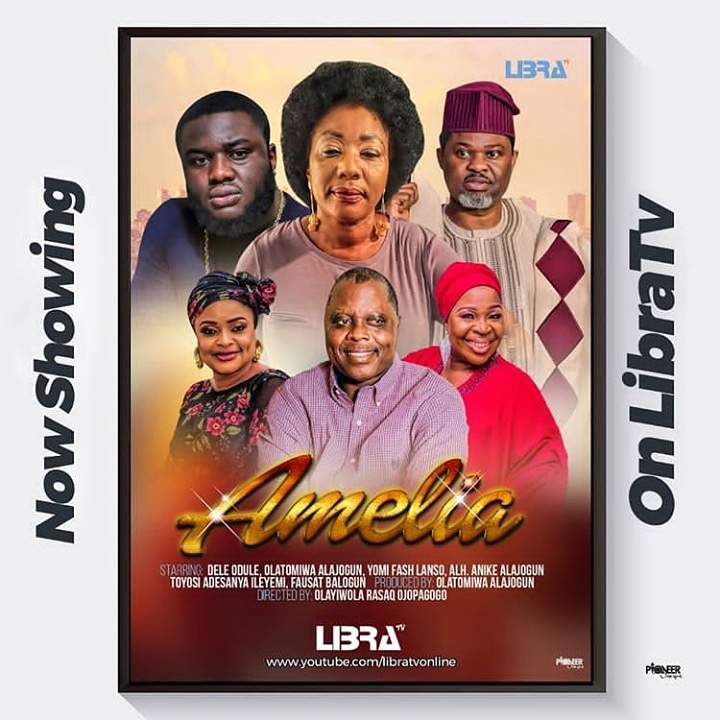 If you are the type who loves to give yourself a self medication anytime you are ill rather than visiting a hospital for a medical checkup, Amelia is the best movie www.yorubamoviegist.com can recommend for you to see before you kill yourself ignorantly.

This fantastic flick, which is full of moral lessons is about a asthmatic woman who was fortunate to be married to a nice man who loves her wholeheartedly. Based on the fear that the woman might die untimely, the family of her husband advised him to add another wife secretly so as not feel much pains anytime his asthmatic wife dies. He was very adamant. Subsequently, this lovely man was sick when none of his immediate family was around and rather than going to hospital for a medical procedure, he kept himself inside with self medication until he lost his life, which force his wife to lose her spinal cord out of shock when she heard the sad news. But an unforgettable event happened to their only child which you need to see and hastily amend your life if you are a fan of such ideology.
The blockbuster flick was written and produced by Alhaja Anike Alajogun and starred the likes of Yomi Fash, Dele Odule, Olaniyi Afonja Sanyeri, Toyosi Adesanya, Fausat Balogun Madam Saje, Alhaja Alajogun, Seun Alajogun, Tomiwa Alajogun, Charity Adeniyi, Bewaji Folasade and many others. Click the link below to watch the film for free:

Fashion Your Way To Fame With Scissor Reality Show