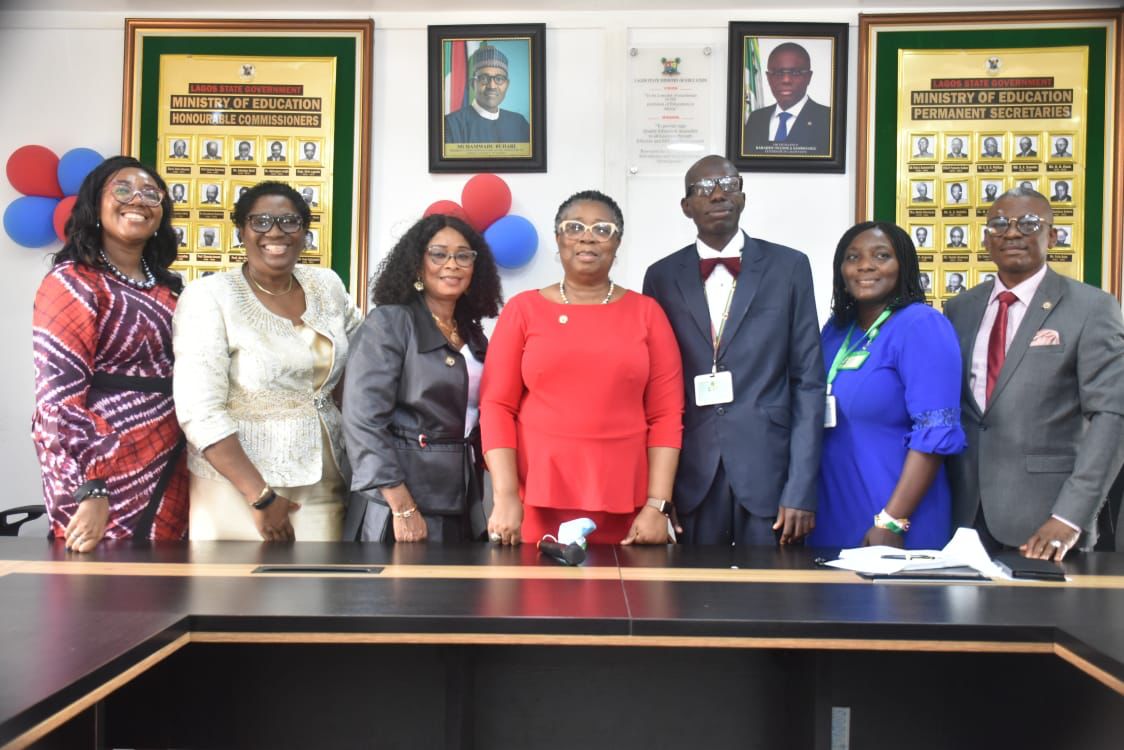 A public-school teacher in Lagos State, Mrs. Agnes Elusakin has described the gesture of Governor Babjide Olusola Sanwo–Olu to fulfill his promise of a house gift to outstanding teachers as a life-transforming act. Appreciating the State Government on Tuesday at the presentation of a two-bedroom and 3-bedroom flats, Mrs. Iyabo Elusakin described Governor Babajide Sanwo-Olu as a man of the people, pointing out that this is a dream come true for her family.

Mrs. Elusakin revealed that this laudable gesture is indeed life-transforming and a stir to encourage better performances in service delivery. She expressed her sincere appreciation to the Governor and promised not to relent in her efforts towards improving her service delivery in the education sector.

Governor Babajide Sanwo-Olu has fulfilled the promise of two and three bedrooms flats each to outstanding teachers and school administrators in Lagos State. The Governor is represented by Mrs. Folasade Adefisayo, Commissioner for education and Hon. Maruf Akinderu-Fatai, Commissioner for Housing today officially presented a two-bedroom flat to Late Mr. Pius Bababo Ikuseyidunmi, former principal of Government Junior College, Ketu, Epe who emerged as best school administrator in 2019, and a three-bedroom apartment to Mrs. Agnes Elusakin, a former teacher at Oriwu Senior Model College, Ikorodu and now the Principal, Community Junior Secondary School who emerged as the winner of the best teacher award in 2019.

Presenting the house keys to the awardees, today at the Conference Room of the Ministry of Education, Mrs. Folasade Adefisayo, Commissioner for Education, stated that the event is in fulfillment of Governor Babajide Olusola Sanwo-Olu’s promise to the 2019 Awardees of the President’s Teachers and Schools Excellence Award for making the State proud adding that this administration has continued to provide continuous support for teachers by investing significantly in the sector.

Adefisayo condoled with the family on this great loss to the State but encouraged them that Lagos State will forever be proud of his immense contribution as formerly a teacher and while he served as principal in some of our schools.

The Commissioner, Ministry of Housing, Hon. Maruf Akinderu-Fatai noted that ever since Mr. Governor made the promise, the Ministry of Housing has continued to follow up and constantly assuring recipients that a day like this will become a reality. He applauded the recipients for their patience and Mr. Governor for keeping to his promise, analyzing that he has remained consistent in touching every sector and improving lives.

She concluded that this feat is in testament to the improved infrastructure and manpower of the education sector in Lagos State. According to the Commissioner to the teachers, “You have transported Lagos State to National levels and beyond and I encourage all teachers to always stay focused determined, and continue to learn new methods of cascading knowledge as the government will not reduce the standard of learning in schools.

In her words, “We are doing everything possible to provide quality education in Lagos State and the narrative of education is changing as the government is touching every school regardless of location.

The event had the attendance of Chairman Teaching Service Commission, TESCOM, Mrs. Elizabeth Ariyo, Tutor Generals/Permanent Secretaries of Education Districts, and Stakeholders in the Education Sector.

Related Topics:SANWO-OLU’S HOUSE GIFT IS A LIFE TRANSFORMING ACT
Up Next