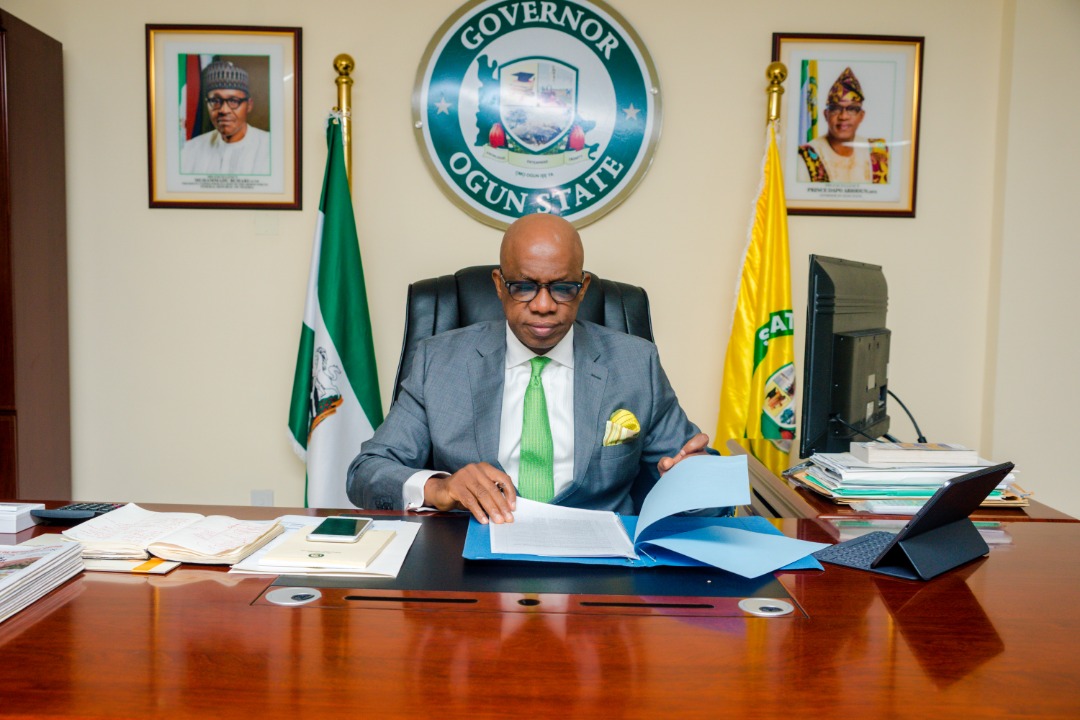 The Ogun State Government has concluded plans to launch toll-free telephone lines that would avail citizens of the state an opportunity to make distress calls and also alert government on any of its amenities meant for citizens welfare that needs urgent attention.

These numbers would also provide a feedback mechanism on activities of agencies and government officials who shirk responsibilities or became high-handed on duties assigned to them by the State.

The Governor made these known through his Chief of Staff to the Ogun State Governor, Alhaji Shuaib Afolabi Salisu in a live television programme in Abeokuta.

“In compliance with extant rules and procurement process, the schools are rolling out, I emphasize this again, we will do a minimum of one primary school in each of the 236 ward and the process as started, before the schools resume in the next two weeks, we will invite everyone to see the level of work being done.

“The primary health care centres are also on course, we are bringing in equipments for the general hospital in Ijaye, the progress of work at Ilaro is also going on as well, we are currently out to employ resident doctors and other medical personnel for the states teaching hospital in Sagamu,” he said.

“When we came, Moshood Abiola Polytechnic (Mapoly) had accreditation up to 2023, we are in 2019, they had accreditation till 2023, extensively, Moshood Abiola University of Science and Technology (Mautech) was created about two years ago, no accreditation, no take off, in fact, hurriedly, I think April or May, in the twilight of the last administration, the governing council was just constituted and the law establishing Mapoly was not abrogated.

“What we simply did is to see Mapoly begin academic activities, while we sort out the issue of Mautech,” he said.

Salisu added that the decision of the state government to return Mapoly back to status quo has helped the institution to conclude its 2018 admission, start admission for 2019 session, adding that the institution couldn’t have being able to complete the process of completing their radio station if it had not commenced academic activities.

He noted that the decision had paid off, saying that the Committee set up by government was to tap from the experience of eminent sons and daughters of the state, how have made giant strides in their chosen career