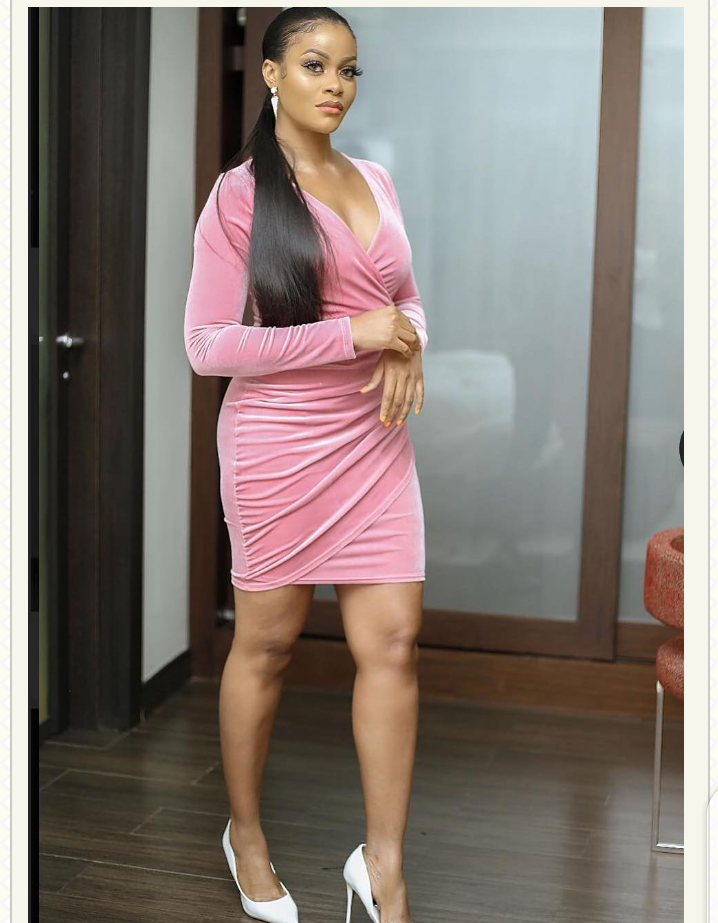 Delectable Nollywood actress  and media personality, Damilola Adegbite is in a joyous mood as she  has acquired a brand new Range Rover car.

The movie star shared some lovely photos of her latest feat.

This is coming few months after the former model advised women on ‘safer’ ways to spice things up with their significant other, especially during this day and age when things are likely to get out of hand.

According to her, ladies should endeavour to ‘crop their faces out’ anytime they intend to send nude photos to a male partner or friend. She dished out this advice via her Instagram page on Thursday, April 30, 2020.

Adegbite further stated that women should tread carefully when they decide to go ahead with the aforementioned because they don’t know how far those images will go or whose hands it may get to.

Adegbite got married to Tinsel co-star, Chris Attoh in 2015, and they had a son before their divorce two years later.