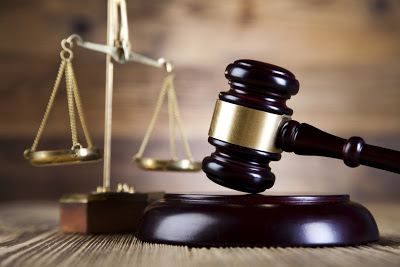 A 33-year old man, Ashindioting Patrick who engaged a 14-year old girl in sex romps for almost 12 months informed the police that the victim was enjoying the romp before her parents discovered and started making trouble.
P.M.EXPRESS scooped that Patrick accepted that he had sex with the victim with her consent repeatedly since 2017, she kept the secret as they both agreed and was still coming for it.
The alleged rape took place at Abeokuta Street in Bariga area of Lagos where the victim’s parents and the suspect resided. The victim’s parents claimed that Patrick deceived and exploited their under aged daughter and repeatedly raped her.
It was said that Patrick landed in trouble after the information got to the victim’s parents the suspect was sleeping with their daughter. It was learnt the parents summoned the victim and asked to know. She confessed and informed them that it started in 2017. She said she was afraid to reveal it and Patrick had warned her never to tell them or anyone about the romps.
The matter was reported to the police at Gender Section of the Police Command at Ikeja, Patrick was arrested and detained at the police station. He still denied that he raped the victim and informed the police that the victim consented to it.

However, the police found him culpable because of the victim’s age which is now 15 years and charged him before Ikeja Magistrate court for defilement.
He pleaded not guilty.
The prosecutor, Inspector Benson Emuehi did not object to his bail condition.

The presiding Magistrate, Mrs B.O. Osunsanmi granted Patrick bail in the sum of N500,000 with two sureties in like sum.
Patrick was remanded in prison custody pending when he will perfect his bail condition.

‘Anyone guilty of hate speech Will die by hanging’- Senate