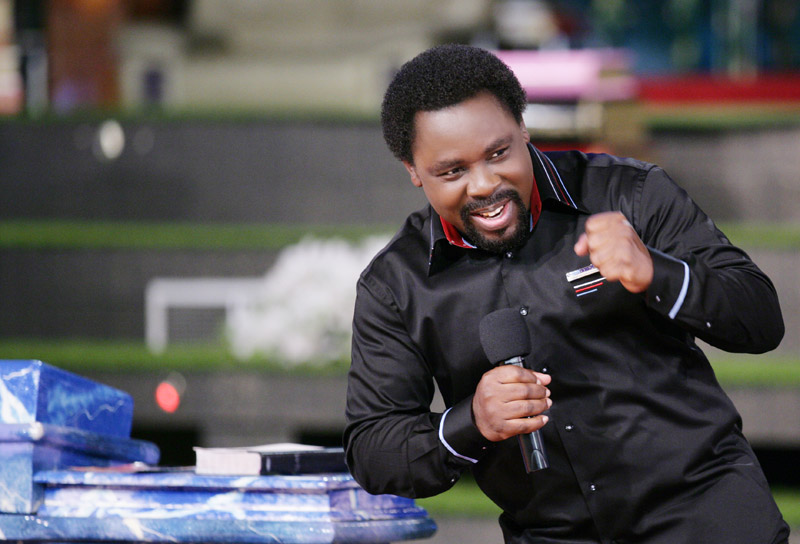 It was  great signs and wonders of deliverance and healing  at the New Bingley Hall in Birmingham UK  when the Spirit of God used the Pro.  T. B Joshua led Synagogue  Church of All Nation’s  New Morning Water as a powerful medium to express Himself on Saturday, January,  27th, 2018.

Sahara Weekly check revealed that prior to the Crusades,  the whole city was erupted in joy and expectations and this was evident as the venue was filled up with overflow.

One of the biggest choristers  in the white community was on ground to minister in songs.  During the live broadcast of the man of God,  power surge was manifested as people received God’s touch.

The high point of the Crusades Was the administration of the new morning water.  Demons screamed out and instant healing occurred.  It was like the new morning water was untouchable as the Emmanuel partners who came for the crusade were slain in the spirit by a mere touch of the Miracle water.

We reliably gathered that the crusade train next stop is Paris, France in February 10th, 2018.

In a statement released at the ministry’s official Facebook page it read, “God has released the New Morning Water and the very first people receiving this mighty blessing are Emmanuel TV Partners worldwide!

We currently have a special meeting scheduled to hold in Paris, France for Emmanuel TV Partners and all God has called to join us in the mission of changing lives, nations and the world:

If you are interested in attending the event in Paris – fill out the form here:

You can sign up as an Emmanuel TV Partner here:

Related Topics:coverstorypro TB Joshua
Up Next