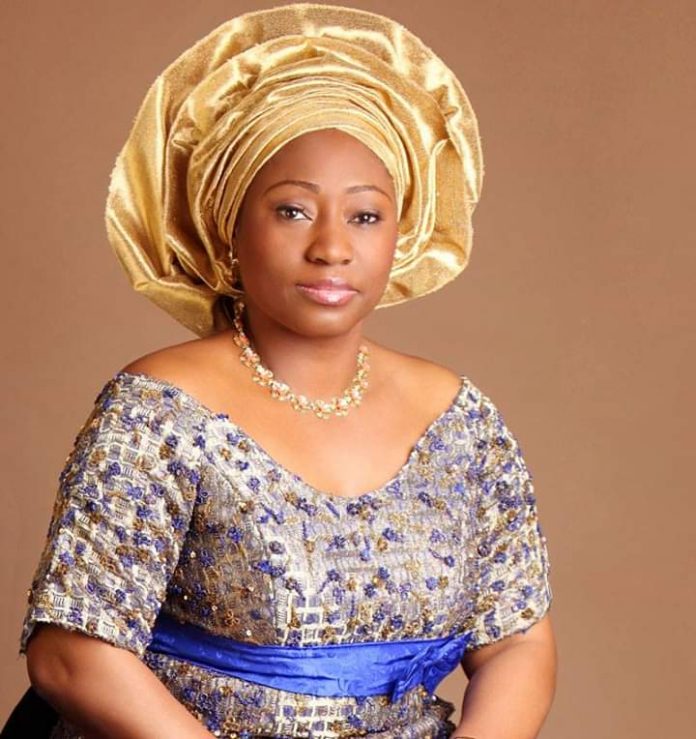 Erelu Bisi Adeleye Fayemi is a strong woman whose personality naturally commands respect . She was SOMEBODY – an accomplished International Gender Specialist – before becoming SOMEBODY’S wife – Wife of the Governor of Ekiti State.

Because we are used to hearing about the proud and flamboyant lifestyles some Nigerian first ladies exhibit, we erroneously assume that every other first lady is the same. Bisi Fayemi is not like your regular top politician’s wife we have around. With her status, she calls younger women like me ‘my sister’; she calls older women ‘auntie’; while she calls the aged women ‘mama’. Or is it the compassion and respect she displays to people in public? That’s how she displays it in private too. She is super respectful and compassionate.

Erelu gives you a push to reach your life goals. She is a dream igniter. No wonder young people with lofty ideas are comfortable approaching her for support. They now call her “iya awon omo kekekeke “(Mother to the little ones). She recently hosted and celebrated young people who are making impact in SDGs in Ekiti State – first of its kind . I could recall how students selected from all Higher Institutions in Ekiti were ecstatic at one of her book reading events when she did ‘shakushaku’ dance with them . Oh yes,that’s who she is – friendly and lively.

Have I told you that Erelu is a giver? She is a perfect example of a cheeful giver. if you go to visit her, she gifts you ,if she comes to visit you, she gifts you.

I remember after the 2018 election campaigns, Erelu did not only share gifts (when I say gifts, I mean unbelievable gifts)to all the women on the campaign council including men, she also ensured that a good number of women in the party got political appointments and elective positions.

To clebrate her birthday, we (female appointees) organized a get- together in her honour but after the get – together, she still went ahead to present gifts to each of us. Aren’t we the ones to present her a gift? So you now see why we call her ‘Mother General’!

I am not surprised that her suspended LG tour, which other first ladies are now emulating, catered for peoples’ needs in different categories. Pregnant women got delivery kits, petty traders got cash gifts to support their businesses, artisans got equipment to enhance their skills, the aged got big bags full of food stuff to meet sustenance. The impact of this initiative on the rural economy is unquantifiable in the short term.

Meanwhile, with the manner she was betrayed by some women whom she stood up for to be elected and appointed into top government positions during her husband’s first term as governor, one would think that no woman would be recommended for appointment this time. But guess what? She stood up again for women . Today, Ekiti is the only state in Nigeria with the highest number of female legislators. In fact, we have more women occupying decision making positions in the government of Ekiti State now than we had during JKF 1.

Erelu’s office now serves as the last hope for vulnerable women , girls and the less priviledged in Ekiti State. She worked hard to ensure the passage of gender sensitive laws that protect women and children. In fact, the Obirinkete Tour that put her in the eye of this storm, was an Advocacy tour against female genital mutilation and open defecation because she believed in the strength of women to change society once empowered.

That faith and her legendary resilience and palpable zeal for humanity especially the womenfolk, is what speaks for her at all times.

Erelu mi, your kind is rare.