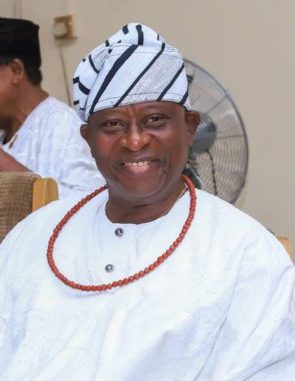 The attention of the management of Signatious Hotel has been drawn to false accusations of staff molestation against our Chairman, Olorogun Kenneth Gbagi,   circulating on several social platforms.
We wish to categorically state that at no time did Gbagi subject any staff of the Hotel to such humiliation as he is presently bereaved and occupied with preparing for the funeral of his sister who passed away recently.

The management also wishes to use this opportunity to inform the public that the staff in the pictures are part of a malicious conspiracy by some political detractors to bring Gbagi’s character to disrepute. This wouldn’t be the first time an attempt has been made to smear the character of our Chairman for whatever reason.

In the absence of any dirt to nail Gbagi’s pristine reputation, they have descended to mudslinging by concocting fictitious stories to stir emotions and gain public attention.
However, what those behind the recent blackmail against Gbagi do not realize is that the employees whom they hand picked for their dirty and poorly executed job were already under investigation by management for conniving to steal huge sums of money from the hotel, some of which have been recovered. Confessional statements to this effect can be obtained from the Ebrumede Police Station.

We also understand that a disclaimer has been issued by one Barrister Gladys, who tendered an unreserved apology for being misled by a group of Warri Lawyers used by those behind the blackmail attempt. The lawyer in particular we were informed, retraced her steps when she discovered that the group was being used to malign the character of Olorogun Gbagi so as to serve the political interest of their paymasters.

The management, therefore, calls on the public to disregard such cheap blackmail orchestrated by these desperate detractors deployed to work against Kenneth Gbagi’s governorship ambition.

Finally, we wish to restate our commitment towards ensuring the highest ethical standards in the hospitality industry in Nigeria, while making it a priority to guarantee the welfare of employees engaged by our organization.