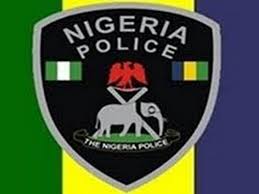 His Aunt, Mrs Aina Odetayo, a legal practitioner, (who claimed to be working with Muiz Banire Chambers) allegedly mixed pepper in hot water and poured it on him. She then burnt his arms and legs with a peppered hot knife, tied him down in a room, locked doors and windows to the room and left him to suffer all because according to her, he stole five hundred naira (#500) that was meant for the purchase of cooking gas.
Dying because of lack of ventilation, the boy told Omonaijablog; “I held the ropes with my teeth, cut the rope, removed the ones I could, climbed the ceiling and jumped down from the story building.”
Visibly hungry and unkept, Master Gbolahan sustained a broken leg, broken teeth and a deep cut to his jaw. Odetayo’s neighbors upon seeing the little boy jumped and crying for help, raised alarm and called on Police and some NGOs, called Distinguished Ladies Initiative and The Projectors; who quickly rushed down to the scene of the incident and thereafter arrested the woman.

At the Pen Cinema Police station in Agege, where she’s been held, Mrs. Odetayo confessed to the crime but, maintained she was pushed to the wall by the little boy’s stubborn and demonic behaviors.
She said, the mother of Gbolahan, who is her sister knew about the behavior of the little boy. She said his father could not condone his attitudes and could not even send him to school. It was upon the sad news that she decided to take care of him and send him to school but, that the boy’s stubborn attitude was beyond ordinary reasons she was pushed to the wall.
Mrs Odetayo told Omonaijablog, “God sees me. I acted out of my love for the boy. I wanted him to have a better life but, I accepted my mistakes that I crossed the line in punishing him. I could not think of what to do again. I was pushed to the wall. I’m really sorry for my actions but, I acted out of love.”
Not satisfied with his story, the NGO has decided to press charges against her.
Her case has since been moved to Lagos Zone 2 Police Command.

NO FEMALE POLICE OFFICER WILL BE EJECTED FROM BARRACKS FOR RESIDING WITH CIVILIAN SPOUSE, SAYS IGP