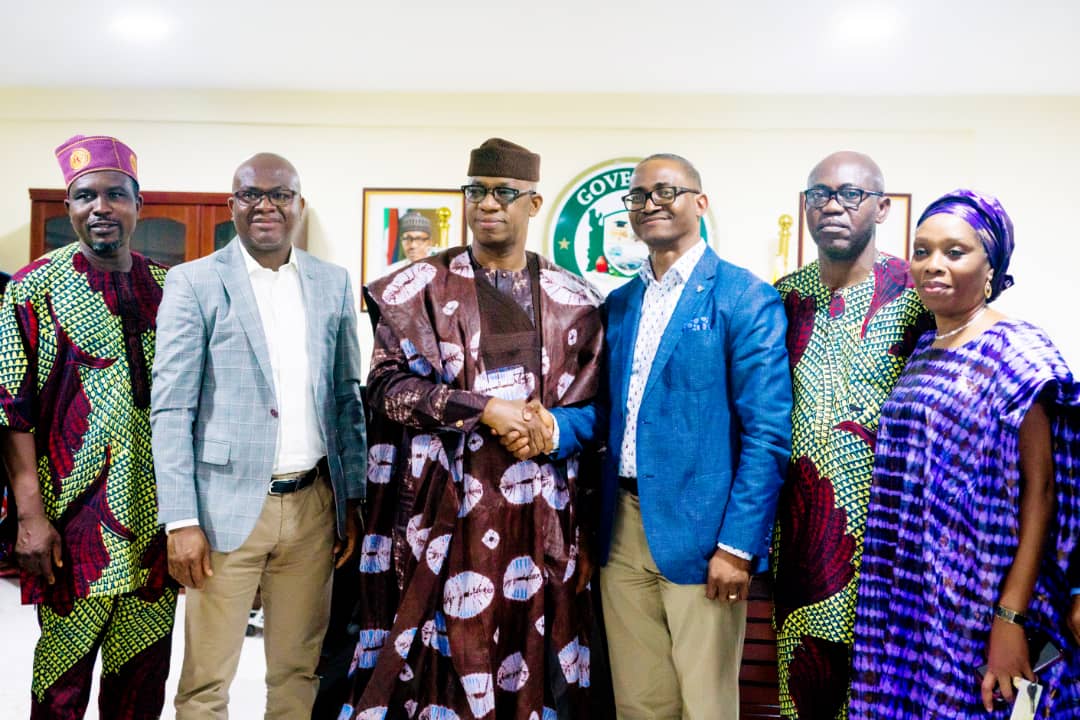 Ogun State government says it Will need the support of all stakeholders, especially from financial institutions to carry out it’s programmes towards taking the State to the next level.

The State Governor, Prince Dapo Abiodun, stated this in his office at Oke-Mosan, Abeokuta, when he received a team from the Wema Bank Plc, led by its Group Managing Director, Mr. Demola Adebise, who paid him a courtesy visit.

Prince Abiodun said his administration was poised at repositioning the health, education, infrastructure and the agricultural sectors as well as regiging the security aparatus to effectively protect the lives and property of the people.

“We will lay emphasis on security Knowing fully well that being the gateway state, hoodlums will like to move from the neighbouring states and countries to cause havoc where and so security will be one of our priority areas”, he said.

The Governor said the state and Lagos would set up a commission to deal with issues concerning physical planning, security and taxes, adding that roads linking neighbouring states would be rehabilitated to ease movement of goods and services, just as a one stop shop would be put in place to ensure ease of doing business.

He said government was working towards reducing the large number of unemployed youths in the State by establishing vocational training centres to provide training on tilling, carpentry, shoe making, fashion design, among others to make them self reliance.

The state helmsman noted that his administration would leverage on all the Central Bank of Nigeria ( CBN ) intervention programmes in the agricultural sector, to make the State the food basket of the nation, calling on the bank to be a major player in the State’s developmental drive by participating actively in the Security Trust Fund.

He reiterated his resolve to provide focused and qualitative leadership that would guarantee good governance, affirming that premium would be given to workers welfare to encourage them to put in their best for the good of the people.

Speaking earlier, Mr. Adebise, while pledging the support of the bank to ensure that the present administration succeeds, said financial yhr house would participate fully in the security trust find and the digitisation process of the State.

While urging the state to put more Infrastructure in place as it was the bedrock to industrialisation, Mr. Adebise said the bank would Partner the state to access intervention funds from the CBN to revitalised its agricultural sector and it’s value chain.