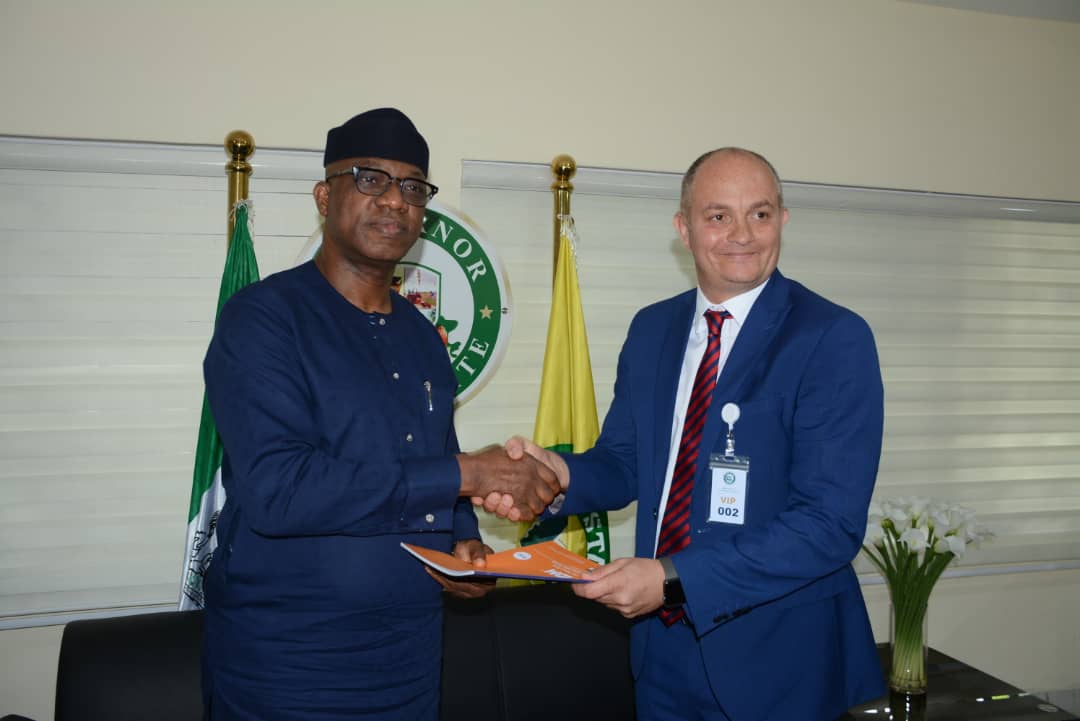 The Ogun state governor, Prince Dapo Abiodun has disclosed plans by his administration to have a world class ranch that would be created through the Public Private Partnership.

Prince Abiodun who disclosed this in his office while receiving a team from Irish Dairy Milk who were in the state to discuss how best they could set up their manufacturing plant in the state, said that his administration was glad about the opportunity the agricultural sector brings to the table, adding that agriculture being one of the biggest pillars of his administration could help boost the internally generated revenue of his government and also help reduce the rate of employment.

Abiodun also added that aside that his administration was looking at agriculture, it was also looking at livestock, saying that he believed the proximity of Ogun state to other states could aid the state to feed other states.

” At this point in time in this country, their is a lot of discuss on cattle rearing, cattle ranching, for us in Ogun state , beside the fact that we are looking at agric as a sector, we are looking at livestock as well, we believe that our proximity to other states gives us the advantage of being able to feed them as well via poultry, so we are actually looking at how to set up our own ranches to be owned by the Public Private Partnership (PPP),” he said.

Abiodun however opined that he would be glad if the state could actualize its dream of having a cattle ranch that would aid it to continue to serve as market for Lagos state.

” Noting will delight us in these state than to have our ranches, because even the cattle market that Lagos depends on is right here in our state and we’ve being discussing in the last one week how to ensure that we actually have a proper ranch, properly organized ranch and an abatior that will be world class, ” he said.

The governor while appreciating the gesture of the company to set up their manufacturing plant in the state, assured them that the state was ready and prepared to join hands with them, adding that the state would be more than happy to give them whatever support that would be requires.

In his remarks, the Chief Executive Officer, Irish Diary Milk, Global, Samir Boudjada who noted that they choose the state because of its proximity to Lagos state, added that the state was strategically relevant and had passed all tests.

” This is the ultimate state for us, the feedback is really positive and we are looking forward to being part of this private partnership and creating jobs in Nigeria.

” This is the gateway state close to Lagos and you know when you are sighting a factory, you need certain parameters, we need a seaport that we can send out our goods,so, Ogun state is strategically relevant to the business of these nature and we didn’t a mistake, Ogun State has passed all tests,” he said.