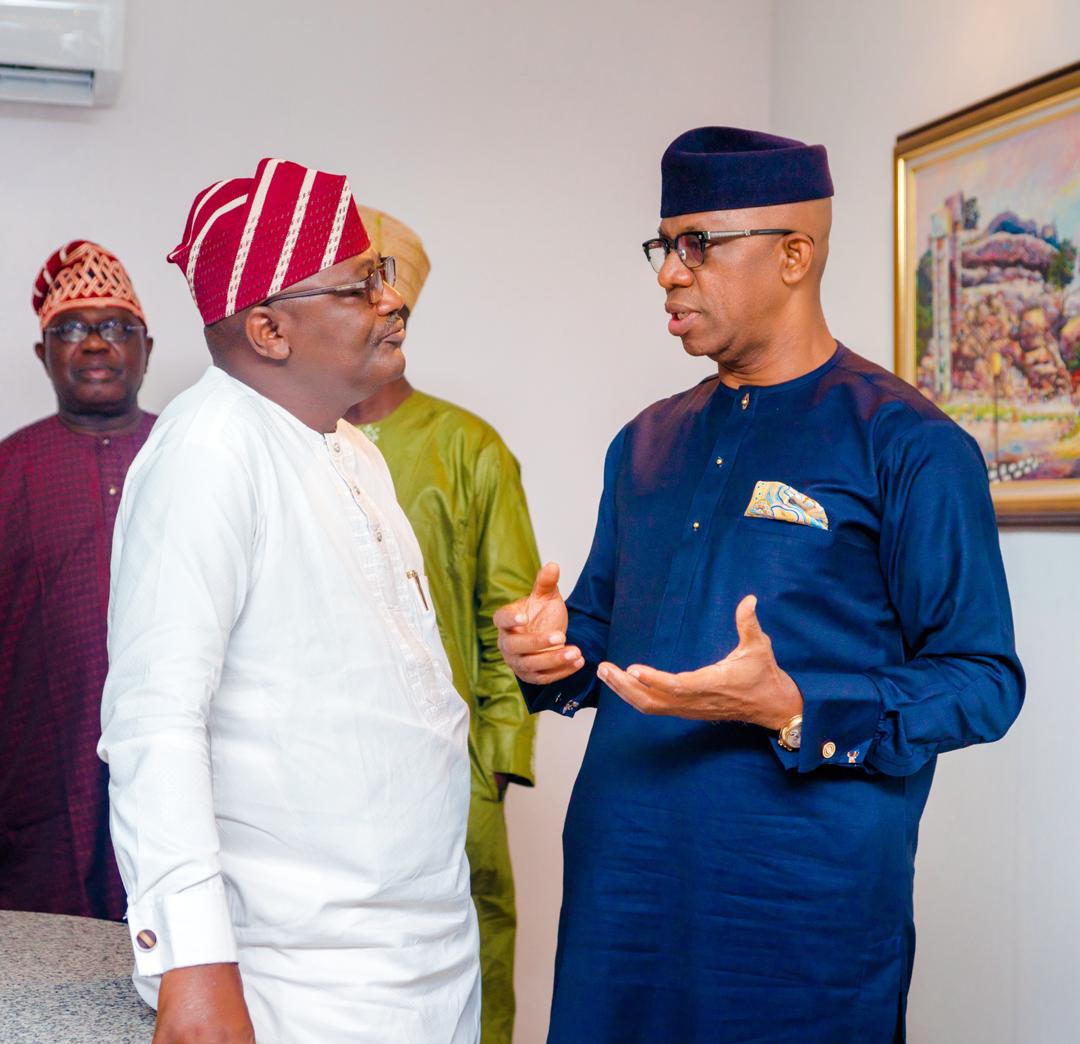 The gubernatorial candidate of the African Democratic Party (ADC) in the last governorship election in Ogun State, Chief Gboyega Nasir Isiaka (GNI), has said he and his larger political family, the Believe Movement have “total confidence that the present administration in the State is taking the State to a higher pedestal”.

According to Nasir, although he contested under the ADC, he cannot speak for the party and its direction in the present political arrangement.

Isiaka who spoke after leading his political movement on a visit to Governor Dapo Abiodun in his office at Oke-Mosan, Abeokuta, said with what is on ground, the administration was moving in the right direction.

He added, that “majority of us are ADC but we are not here to talk about the ADC because ADC has its own procedure of going about things. Let me assure you that positive things between the relationship of the Believe Movement and the APC will happen soon”.

Those who came with the three-time governorship candidate are stalwarts of different opposition parties in the state. Among them are former State chairman of the PDP, Chief Joju Fadairo; all the three ADC members in the State House of Assembly – Adegoke Olusesis Adeyanju) Egbado North I; Aruna Lawal (Egbado North II) and Jemili Akingbade (Imeko/Afon).

Other are a former commissioner for women affairs in the state, Chief Mrs Mary Ogunjobi and Mr. Yemi Sodimu, broadcaster and former Special Adviser on Information under Otunba Gbenga Daniel.

GNI said: “We came to see our Governor as a way of moving our relationship forward. We had interactions with our people all over the State and they mandated us to come and talk with our Governor. All the areas that needed clarification, we have gotten them. So we need to go back to them and within the next couple of days, the full outcome of this meeting would be made to the public.

“We are very confident because the morning shows the night from what we have seen in five months. If we have not seen positive signs, we probably would not have graduated our relationship. I have come with the leadership of my political structure all across the state. This is to signify the fact that we are very confident and happy the way government is going about putting the State in a greater scale”, he said.

The ADC chieftain noted that there positive things happening between the Believe Movement and the State Chapter of All Progressives Congress (APC), adding that it was not for him to say exactly what because his movement needed to report back to the people that sent them.