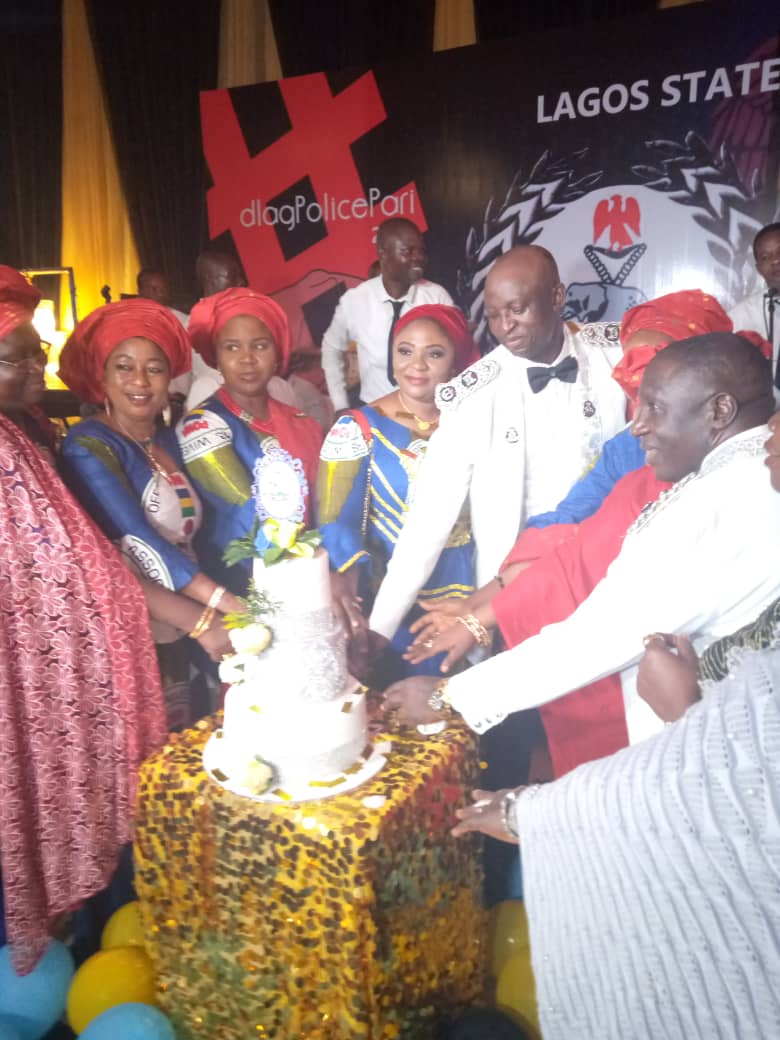 The Lagos State Commissioner of Police, Hakeem Olusegun Odumosu, had its belated yed end of the year party after a lot of crime has been prevented within the state metropolis.

The end of the year party was held at MOPOL 30,event Centre, (GRA), Oduduwa, Lagos State.

In attendant includes, the former Commissioner of Police, Manko, former Commissioner for environment, Mr. Muiz Banire,and Commander 9brigade of the Nigerian Army, Brigadier General Awal Ndagi, made its colourful with some of Nigeria’s comedians and artists like Seyi Law, Okey Bakasi, Nigeria Police Band ,Small Doctor, and the Sax man.

CP Odumosu who was the chief host of the occasion, said the party come at the right time especially this period,the command have achieved alot in crime fighting.

“I’m highly delighted to welcome you all because people will be wondering why are we doing end of the year party in 2020. My Officers were seriously busy to make sure Lagos State was save throughout the festive period, but I return all the glory to almighty to God, we were able to secure the State during this period, with the benevolence of my Inspector General of Police, IGP,Mohammed Abubakar Adamu ,MNI.”

Police boss said my tenure has achieved more on crime prevention that his officers need to be celebrated for a job well done. I also use this medium to appreciate the good collaborations with the sister agencies in Lagos State.“i appreciate all officers for the sacrifices to keep the state safe.

“For the first time in a long time, Christmas, New Year, all the International events held in Lagos and were crime free.

All works and no play makes jack a dull boy. We are happy ,everybody is happy, everybody that is being appreciated is a motivating factor, equally we appreciate all members of the Publics for believing in the police.

“The issue now is the area of Community Policing. Equally the defence had gone a long way to assist us ,with they support, God almighty make us to achieve the goal.

“Also I appreciate the Soldiers ,Civil Defense ,Custom and the DSS. We are now using this opportunities in bringing everybody together to appreciate their good efforts in achieving this,he added.

CSP Olabisi Oluwaseyi Okuwobi, the Divisional Police Officer, Ejigbo, said it is an opportunity for us to come together after we have done much work through out the festive period to make the state safe and also commend the effort of CP. We will make sure the Command is better this year 2020.