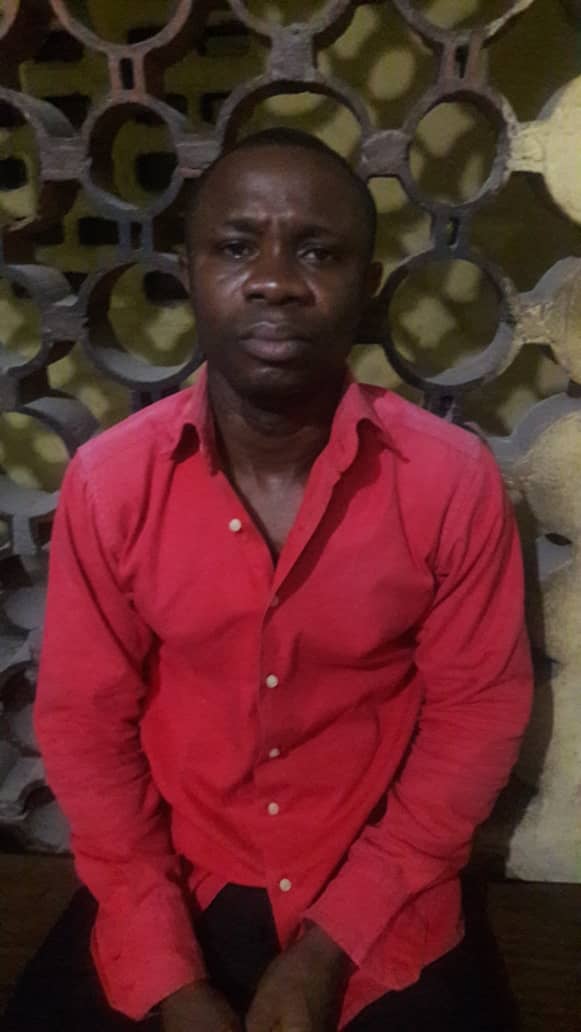 Operatives of Lagos State Police command have arrested Mr Christopher Lament, age 45 years at No 23 Jossy Castro Street Lagos for attempting to kill his wife, Comfort Christopher of the same adress with a knife.

The arrest was made on February 2, 2020 at about 5:30 pm, when the Bariga divisional Police Station received a distress call that the suspect attempt to stab his wife with a knife

Both couple are from Akwa Ibom State, and have been married since 13 years and blessed with two children, ages 11 and 9.

We gathered that the suspect lost his banking job 5years ago and the wife is not working too.

The couple were having series of crisis on matrimonial affairs since after the lost of his job and economic situation.
We learnt that the event that led to the attempt made by the suspect to stab the victim with a knife was just mere argument. Investigation is ongoing and the suspect will be charged to Court soon.