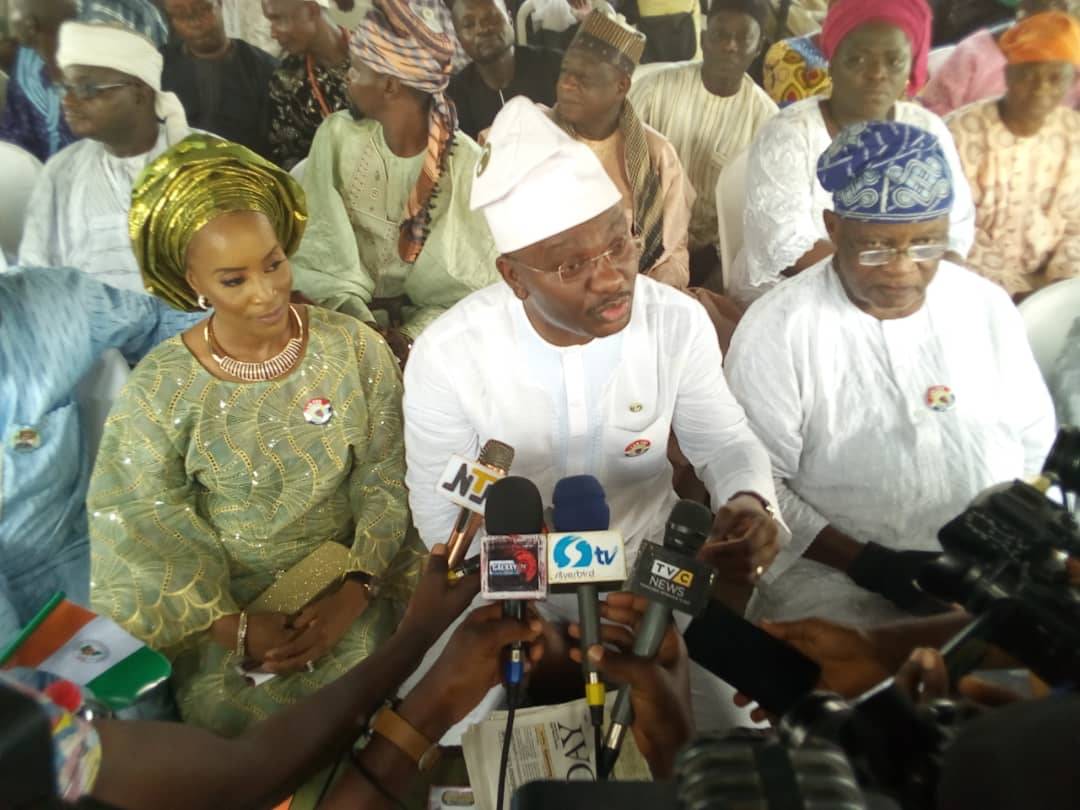 The Ogun State governorship candidate of the Unity Party of Nigeria (UPN) in the 2015 election, Prince Rotimi Paseda, has promised that youths will dominate his  government if elected as Governor come 2019.

He made the vow following the signing of the Not-too-young-to-run law signed by President Mumammadu Buhari’s on Thursday.

Paseda, while receiving the House of Assembly aspirants on the platform of UPN in Ijebu-Ode, said youths are the bedrock of any nation’s economy growth and that they must be given ample chance in scheme of things.

He explained that youths’ involvement in politics was vital,  insisting that their active participation would do good at strengthening Nigeria’s democracy.
According to him, with the country’s democracy clocking 19 year’s, there is still a vacuum being created with the little participation of the youths, a situation, he described as not too good for the nation.
“I promise to support any youth who aspire to be a public office holder because our country needs to start grooming the youths for leadership positions.

” I want to appeal with other old politicians to give our youths the assistance and the opportunity to participate in the governance and project Nigeria”, he said.
The National Chairman, Prof. Bankole Adelaja-Okuwa, expressed confidence that Paseda has the capacity to transform the economic fortunes of the state.

He added that Paseda possessed the virtues of the sage, Chief Obafemi Awolowo, and that such are needed in formulating developmental policies for the state.

The National Chairman hinted that the structure of the party would soon be taken over by the pan Yoruba sociocultural group, Afenifere.

According to him, “I have studied him (Paseda), I have been close to him over the years and I am confident that he can do what Awolowo did.

“What we are declaring today is the very beginning of a new life. Paseda is going to uplift this state and country. He is Awolowo’s incarnate and I believe he is going to do it.

“I am an Awoist myself and we will ensure that our government provides free education at all levels.

“Beside that, Paseda is going to industrialise Ogun state and thus will become the first industrial state in Nigeria.

“If Nigeria is going to move on, people like him should bring their policies on board.

“UPN is going to be taken over by Afenifere and this struggle will be beyond Ogun state.

He also debunked rumours of alleged division in the party’s leadership structure.

“What I want to you us is that I don’t want us to be hypocritical here. Anyone who has come because of that can take his or her leave.

“This is the Unity Party of Nigeria. It can’t be broken because it is Awolowo’s party. There is no division in this party. No one has the power in this party to do that, including myself”.

The State Chairman of the party, Alhaja Aminat Olatunbosun, said the intention of Governor Ibikunle Amosun to pick his successor from the Ogun West Senatorial District is a ploy to distabilise the State.

The Party Chairperson opined that it will be grossly injustice to ask Ogun East, with more local government areas, to wait for another sixteen years before taking a shot at the number one seat of the State.

She said the Party has decided to zone it’s governorship seat to Ogun East, hence calling on all the Party faithful to work hard for the success of the Party at the 2019 general elections.

The Party Chairperson also said UPN remains the only credible Party in the country now as it remains committed to the welfare of the masses.

Her words, “What Nigeria need now is an alternative to the misrule of the so called big parties in Nigeria, the Party that prides itself as the biggest Party in Africa and the Party with the acronym of ,change’

“What Nigeria need now is not hunger, insecurity and unemployment where the tribal herdsmen has turned Nigeria to slumber.